PlanetSolar is a 31 x 15-metre white catamaran that has been designed to reach a top speed of about 15 knots, (the equivalent of 27 kilometres per hour) can hold up to 50 passengers, and is the first vessel of its kind.

Five hundred square metres of black solar panels are perched atop, with a star-trek like cockpit positioned in the middle. The skipper of PlanetSolar, Raphael Domjan, hopes to become the first person to circumnavigate the globe in a solar-powered vessel.

PlanetSolar will launch in late March 2010. Read more about it here . 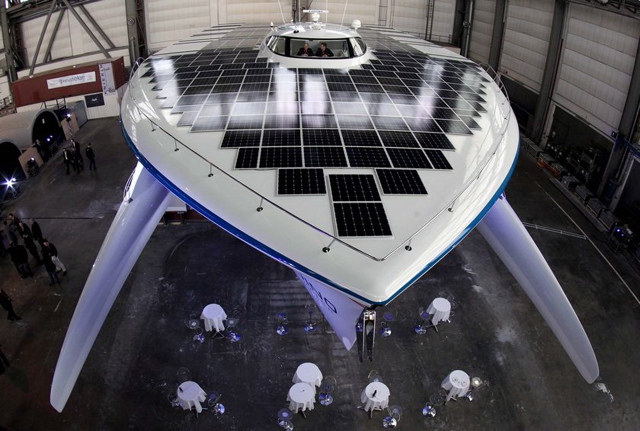