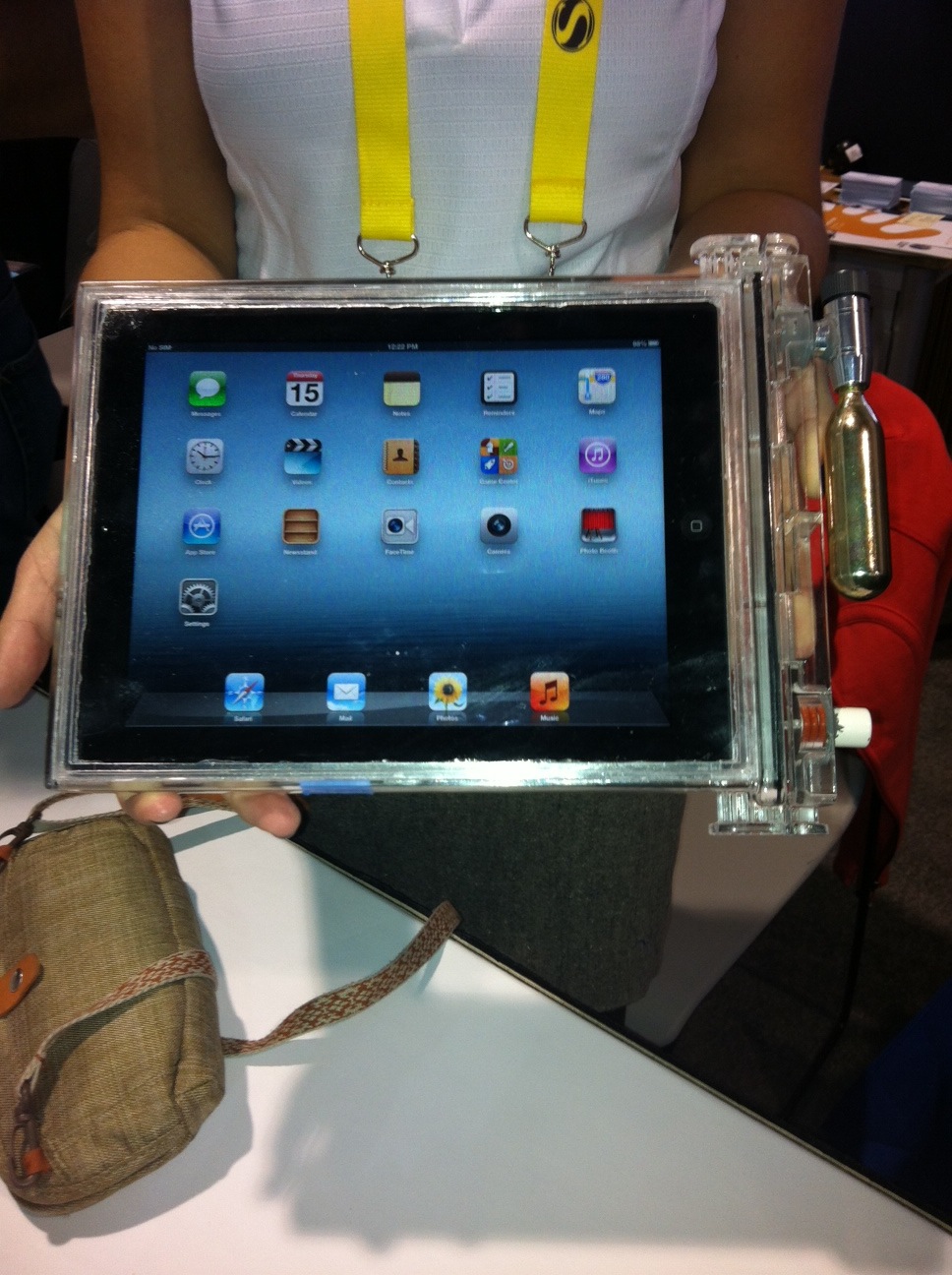 It sure would be fun to while away the time during a decompression stop by playing Angry Birds on your iPad, wouldn’t it? Well, beginning in 2013 divers will actually be able to do that.

The iDive waterproof housing — introduced this week at DEMA 2012 in Las Vegas — was developed at the King Abdullah University of Science and Technology’s  Red Sea Research Center to give scientists a way to record data on an iPad while diving underwater.

“But once we had figured out how to use an iPad underwater it seemed a shame not to let everyone else in on the fun,” the product’s website states.

The biggest challenge, of course, was finding a way to use the touchscreen while underwater.  The iDive uses a special “skin” for the screen part of the iPad as well as a plastic outer shell for the rear of the iPad. It also features a small CO2 canister to maintain the entire unit’s waterproofing.

iDive is currently being beta-tested, and has been taken as deep as 30 meters (100 feet). Its developers expect to begin production in the first six months of 2013, according to the iDive website.

For more information, go to www.idivehousing.com.