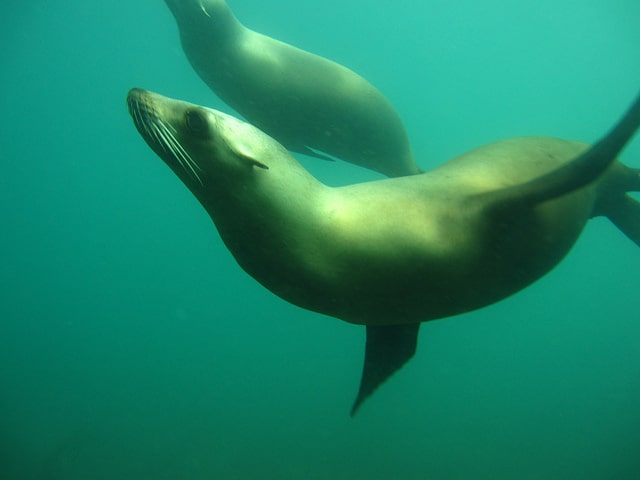 Any well trained SCUBA diver ascending from the depths of a dive is taught about the hazards of decompression sickness (DCS), commonly referred to as “the bends.” As the SCUBA diver swims upwards in the water column, the pressure surrounding them decreases, such that gases (like nitrogen) that were absorbed by the body during a dive, come out of solution and, if their ascent is too rapid, can cause bubbles to form in the body. DCS can manifest a variety of symptoms, and the effects may vary from joint pain and skin rashes to paralysis and sometimes even death.

But how do marine mammals, whose very survival depends on constant diving, manage to avoid DCS? And are they actually avoiding it or is something else occuring?

A recent study published by the biological sciences arm of the Royal Society  suggests diving mammals vary their physiological responses according to multiple stressors, such as gas-bubble incidence.

“Until recently the dogma was that marine mammals have anatomical and physiological and behavioral adaptations to make the bends not a problem,” said WHOI Marine Mammal Center Director Michael Moore. “There is no evidence that marine mammals get the bends routinely, but a look at the most recent studies suggest that they are actively avoiding rather than simply not having issues with decompression.”

Read more about it at Science Daily.