Why not read Part I here or Part II here

Do you have a title in mind for the documentary?

Yes, well the slated title is now “Mind of a Demon”.  That title went back and forth many times between the producer and me. As something that has my name on it I admit I was a little worried at first. I later realized that it was actually a perfect title especially because you do not know who we are talking about! Are we talking about the shark or are we talking about the human being? It will definitely get the general public at least intrigued. All this vilifying of sharks is very well suited for that title. If we called it “shark cognition” viewer eyes would glaze over and they would turn to MTV. 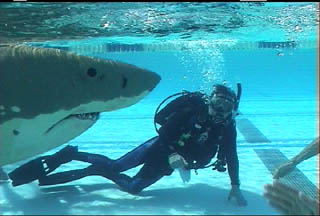 Do you have definite time frame for the broadcasting of the show?

As expedition leader/responsible for all this, it is always a point of contention because I battle between the production schedule and the research and scientific endeavor. They are never the same!

Science and research takes a long time, whereas production has a time frame. Together they are quite the paradox! Yet they are in that case depending on one another. So yes we have a time frame and we will do our best to operate on it! 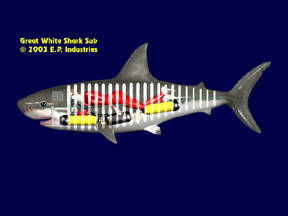 Anything you want to add Fabien about the project?

Once I am done with this there will be enough “shark shows” for a while.

Although extremely busy working on his project, Fabien always created the time to discuss with me the news and progress made on the shark/sub.  The passion and perseverance underlying every one of Fabien’s actions regarding his project lead me to conclude he was a dignitary representative of the Cousteau’s legacy. 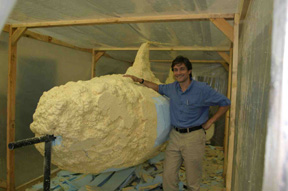 Could Dolphins Be Another Victim of Russia’s War With Ukraine?