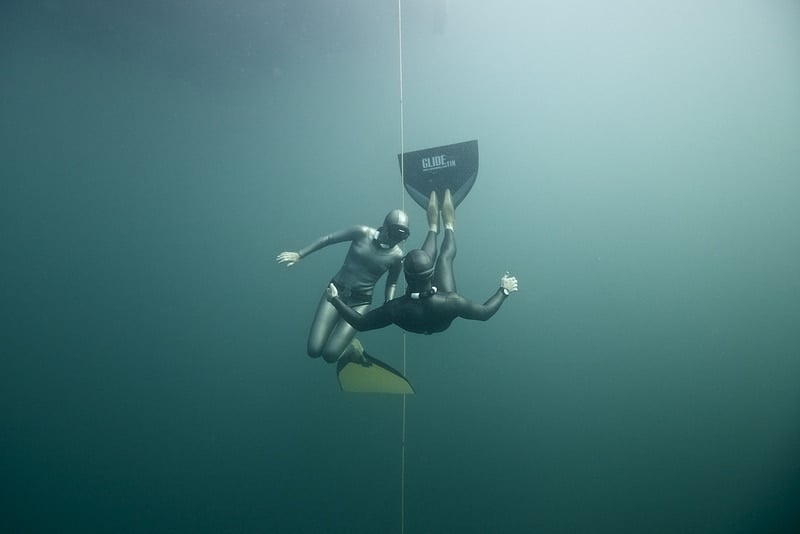 Both athletes won last year, and incredibly this will be the seventh time in a row for Liv.  Tim and Liv of London Freediving are experienced athletes who put a lot of thought and work into their training and both reaped the rewards in different ways:  Tim cites this as the year his deep diving changed, taking on the same consistency of the pool, learning a different way to equalize and progressing 10m deeper than his personal best; Liv‘s concentration on performance was divided at the beginning of the year with teaching in danger of taking over, but with time invested on herself to train she earned a bronze medal at the World Championships.

The year kick started for both athletes in the wet and cold winter with some pool competitions whilst training off-season, achieving some solid performances at the Riga Freediving Cup  and the Great Northern International Pool Championships.  As the summer began the great friends who have trained together for many years travelled to Myrtos, Greece, to take part in the 6th Mediterranean World Cup.

This event was particularly significant for Tim, as it was here that his diving technique changed completely:

“I figured out I had been equalizing a very hard way for the last six years, and there was an easy way to do it!  It was a revelation, I went from constant focus, and probably anxiety of whether I can equalise at the next meter, to just falling and ears open no stress, laaaaa . . . amazing.”

Performance-wise, Money did well, diving five times below the 60m mark over the course of the competition.

During the Mediterranean World Cup Liv had placed her focus on teaching, not performance and so upon her return to the UK, she topped up her training, largely through working a very physical job as a landscape gardener in preparation for the Individual Freediving Depth World Championships in Kalamata, Greece:

“Its a vicious circle in an unfunded sport, if you are working to fund yourself, you are often too busy or tired to train, so I’m particularly grateful for any support I can get and especially to Fusion Lifestyles Camberwell Pool, who continue to support me by providing training space.'”

Upon arrival in Kalamata, Liv made enjoyment of the competition a priority: “I wanted to have fun being in the water, and avoid the tension that creeps in.”

Philip performed well, both at the mini competition held prior to the main event, and at the main event itself, receiving white cards in every discipline:  CNF, CWT and FIM.  The icing on the cake was when she performed a beautiful 50m CNF dive under challenging conditions and was rewarded with a place on the podium and a bronze medal:

“CNF is probably my favourite discipline and performing a big CNF dive at a World Championship was the result of years of dedication and hard work.  CNF is a much more technical discipline, but alongside that you have to be very relaxed at depth and naturally love being in the deep water.  The time spent deep on a no fins dive is longer due to the slower ascent speed compared to the other disciplines, so it isn’t possible to wing it just to hit the plate.  When you get it right, CNF is mind blowing.  When you don’t it’s the worst thing in the world.  That’s what I like about it I guess.”

Having missed out on the chance to compete at the World Championships and eager to continue further his exploration of equalizing at depth, Tim finished the year with ten days in Sharm at Freediving World.  He took part in three competition days and attended three theory sessions with Andrea Zuccari on equalizing which he says were incredible: “Equalising is becoming a joy, and I did 62m, 64m, 67m CWT in competition and then ended with a 71m personal best (PB) in training.”

Selection of the annual male and female UK Champions is made by collating points earned across all six competitive disciplines, pool and depth, between 31st October and 31st November.

Liv will be teaching courses as well as taking on a limited number of athletes for coaching during 2014.  Trips for deep water training are scheduled both in the UK and abroad.  Contact Liv on [email protected]. 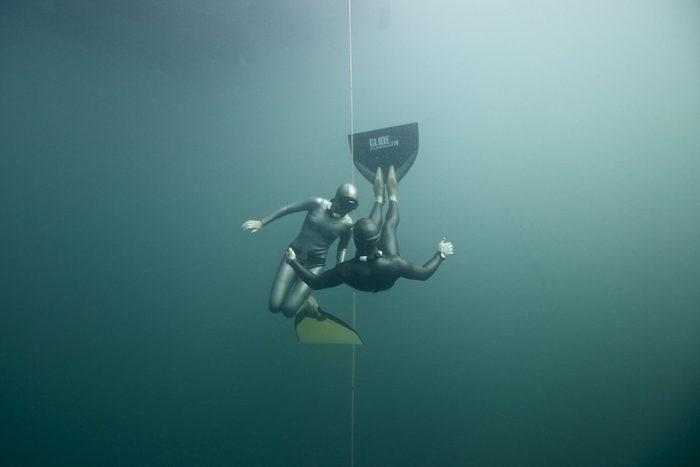 The 2021 Marine Debris Calendar has been released by the US National Oceanographic and Atmospheric Administration and is now is available to download.
Read more