Oregon, USA –  Western pacific gray whales are a critically endangered species; with an estimated 130 indviduals left in the world, the sighting of a lone male whale off the Oregon coastline is both surprising and puzzling to researchers. Western pacific gray whales are known to have their summer feeding grounds in Russia’s Sea of Okhotsk near the Sakhalin Islands. This past October, Bruce Mate, director of the Marine Mammal Institute at Oregon State University worked with scientists from the A.N. Severtsov Institute of Ecology and Evolution of the Russian Academy of Sciences to tag a single whale they affectionately named “Flex.” The scientists first tagged Flex when he took off from Russia. He was monitored as he swam across the Bering Sea and Gulf of Alaska to the coast of Oregon; and it seemed he was making his way south to the golden state of California. Which is highly unusual for a whale that typically spends it’s winters near Russia. The itinerary “Flex” appeared to have been following is similar to the migratory route of a separate population of whales, the eastern gray whale. The Eastern grays migrate each year from their feeding grounds in Alaska south and breed in Mexico.

Flex had been swimming at a rate of nearly four miles an hour and was expected to cross into California waters this week, but unfortunately for the keen scientists who have now been tracking him for 125+ days, Flex may have lost his tag. Stay tuned to their website for updates and news on Flex. 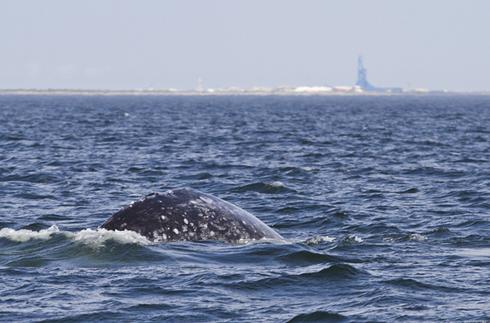