For some of us, diving is a form of relaxation – a tranquil pursuit that offers a unique opportunity to escape the hectic pace of life on land. For others, diving is synonymous with adventure. It’s about challenging one’s natural limitations and exploring places that few non-divers will ever experience. If you belong to this category of thrill-seekers and adrenaline junkies, it’s likely that you thrive on the excitement of a quickened pulse and a stomach full of butterflies. To help you get the most out of your next diving holiday, we’ve selected five destinations that offer big thrills both underwater and on land.

Often referred to as the shark diving capital of the world, South Africa is no stranger to big impact encounters with some of the ocean’s most impressive predators. Head to Gansbaai or False Bay to cage dive with great whites, or ditch the cage completely to dive with bull sharks and hammerheads at Protea Banks. During the southern hemisphere summer, Aliwal Shoal is one of the best places on the planet for cage-free diving with the elusive tiger shark, while winter sees the arrival of the Sardine Run. With hordes of marine predators gathering to feed off migrating South African pilchard, this annual event is undoubtedly one of nature’s greatest spectacles.

On land, the potential for adventure is unlimited. Put your nerves to the test at Bloukrans Bungy, which at 216 meters/ 708 feet is the world’s highest commercial bridge bungee jump. Blyde River Canyon boasts Class Four rapids for whitewater rafting, while the rugged mountains of uKhahlamba-Drakensberg Park offer plenty of opportunities for hiking, abseiling, rock climbing and hang-gliding. South Africa’s game reserves also allow you to see terrestrial predators up close. For the ultimate safari experience, plan a trip to remote Kgalagadi Transfrontier Park, where unfenced campsites often result in unforgettable encounters with the park’s famous black-maned lions.

Scuba diving in New Zealand is both highly underrated and hugely rewarding. In the far north of the country, the Bay of Islands boasts an intriguing mix of tropical and temperate species, in addition to two spectacular wrecks – the HMNZ Canterbury and bombed Greenpeace ship, Rainbow Warrior. The Poor Knights Islands are famous for their spectacular underwater topography, and for summertime stingray aggregations that regularly attract pods of predatory orca. In the extreme south, Stewart Island gives you the chance to explore healthy kelp forests, go great white shark diving or encounter penguins underwater.

In between dive trips, Queenstown is a one-stop shop for adrenalin junkies. Dubbed the Adventure Capital of New Zealand, this spectacular town is home to AJ Hackett’s famous Nevis Bungy Jump and the Nevis Swing (the biggest swing in the world). There are also opportunities for 4×4 tours, white-water rafting trips, and river jet safaris. For sky-diving though, the best destination is Taupo. Here, a death-defying leap from 15,000 feet affords you 60 seconds of free-fall, along with breathtaking views of Lake Taupo and both coastlines. On South Island, Franz Josef Glacier is the perfect spot for trying your hand at heli-ice climbing.

When it comes to high-octane diving, there are few destinations more exciting than Costa Rica’s Cocos Island. Located some 342 miles/550 kilometers offshore, the journey is an adventure in itself, while deep dive sites and strong currents add to the challenge. With multiple species of shark (including schooling scalloped hammerheads), Cocos deserves a place on any adrenalin junkie’s bucket list. Back on the mainland, the northwestern province of Guanacaste also has its fair share of underwater thrills. In particular, Islas Murciélagos (also known as the Bat Islands) provides an excellent opportunity for cage-free diving with big bull sharks.

For those that like to spend as much time on the water, as under it, Costa Rica is a genuine surfer’s paradise. In the south of the country, tiny surf town Pavones is home to one of the world’s longest left-hand breaks; while Witch’s Rock offers world-class waves further north. Inland, Costa Rica’s jungles are an adventurer’s treasure trove. Speed through the canopies of Monteverde’s cloud forest on a zip-lining tour, or tackle Class Four rapids on a Pacuare River rafting trip. Alternatively, Arenal Volcano National Park is one of the best places in the country for canyoning, an extreme sport that involves swimming, scrambling and rappelling down waterfalls.

Much of Malaysian Borneo’s reputation as a world-class dive destination revolves around Sipadan, a tiny island located off the northeast coast whose nutrient-rich waters support an astounding variety of marine life. From tornadoes of barracuda and jack to incredible encounters with turtles, manta rays, and reef sharks, Sipadan alone makes the journey to Borneo worthwhile. However, it’s not the only attraction in the area. Those with a passion for macro critters will also love the nearby islands of Mabul and Kapalai, where coral rubble reefs provide the perfect habitat for specialty species including flamboyant cuttlefish, blue-ringed octopus, and pygmy seahorses.

On land, Borneo is just as diverse. If you’re feeling energetic, plan a climb up magnificent Mount Kinabalu, whose summit stands at a dizzying 4,095 meters/ 13,435 feet. The mountain is also home to the world’s highest Via Ferrata, or iron walkway, and is an excellent spot for rock climbing and paragliding. Sabah’s wild Padas River is a mecca for whitewater rafting enthusiasts, while the island’s tangled jungles offer endless possibilities for off-the-grid trekking. Sabah-based company Adventure Alternative offers four-day treks into the primary forests of the Maliau Basin – home to endangered species including the orangutan, the Malayan sun bear and the Asian elephant.

Mexico has plenty to offer for adrenalin junkie divers, ranging from subterranean rivers to offshore pelagic encounters. The limestone foundation of the Yucatan Peninsula is riddled with underground cave systems and sinkholes known locally as cenotes. Accessed from the jungle above, each cenote is a window to a mystical underwater world defined by crystal clear freshwater, stunning geological formations and photogenic shafts of filtered sunlight. Offshore, Socorro Island is one of the best places in the world for pelagic action. Here, plunging volcanic topography causes nutrient upwellings that attract manta rays, humpback whales and a myriad species of shark.

Much of Mexico’s non-diving action is still related to the sea. Yucatan’s Isla Mujeres is a seasonal aggregation site for hundreds of whale sharks, giving you the chance for some epic snorkeling; while Baja California is a water sports wonderland. Inland, Puerto Vallarta is famous for its extreme zip-lines, which soar above the jungle canopy at speeds of up to 60 mph/ 100 kph. Several companies run ATV tours across the desert, mountain and coastal landscapes of Los Cabos, while others allow you to experience the same breathtaking scenery from horseback. If you’re looking to explore the country’s Mayan history, consider jungle trekking near the temple at Palenque. 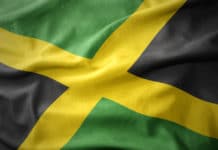 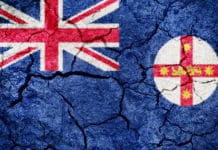