Underwater Game Bioshock 2 to be released

Bioshock 2, the game for Xbox 360, PS3 and Windows PC, that propells the player into the underwater city called Rapture is set to be released on 9th February 2010 on all platforms.

The plot, set in an alternative 1970 dystopian history, follows on 10 years after the events in the original game, Bioshock.  The amazing visuals take you to the underwater metropolis rapture and it’s weird and wonderful inhabitants.  The main player is a “Big Daddy” a being who has had its organs and skin grafted into an atmospheric diving suit and allows the player to explore outside the city into the ocean due to their diving suit.

The original game gathered no less than 50 Game of the Year awards and sold over 2.5 copies worldwide so high expectations are set for this new unique first player shooter game.

For more information on this game head over to the official website. 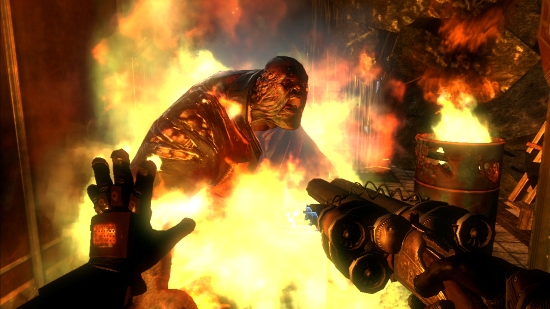