US Aircraft Carrier to be sunk as Artificial Reef

The retired aircraft carrier USS Oriskany will be sunk as an artificial reef off the coast of Florida, USA in May 2006.

The Oriskany arrived aboard Naval Air Station Pensacola, Florida from Beaumont, Texas on March 22, 2006, where the Navy’s contractor will accomplish the final reef preparations.

The carrier, built at the New York Naval Shipyard in 1945, is a combat veteran of the Korean and Vietnam Wars.

It will be reefed approximately 24 miles off the coast of Pensacola. 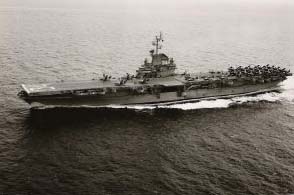