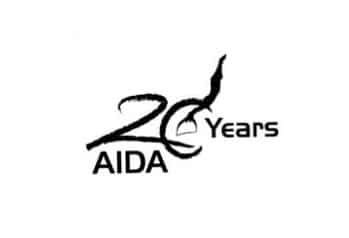 AIDA International, the international federation for Freediving, has announced a new logo for it’s 20th anniversary in 2012.

The federation was founded by French Freedivers Roland Specker and Claude Chapuis on 2nd November 1992 as the “Association Internationale pour le Développement de l’Apnée” (AIDA), with Specker being its first President. Several records were quickly recognized by AIDA, which were to become the reference for freediving.