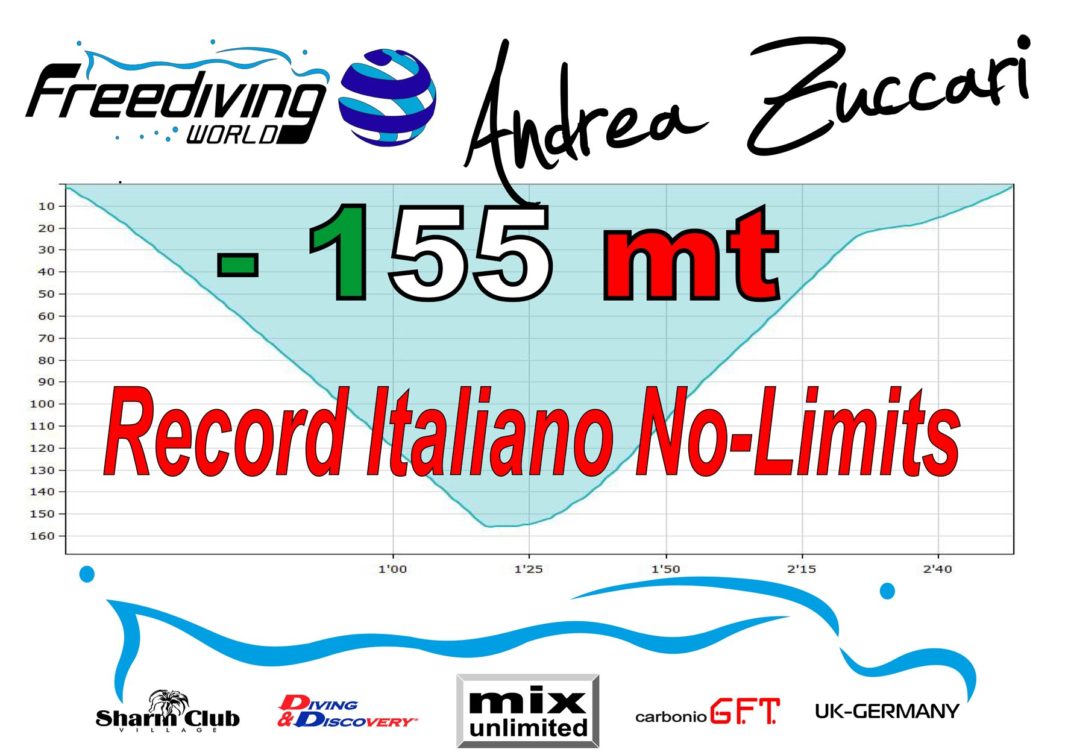 Italian freediver Andrea Zuccari has published his phenomenal achievement in a No-Limits dive to 155 metres.

Andrea started the training for this dive as a project and has been filming his progress on YouTube.

He also set a tandem record on 21st January 2013 with Stavros Kastrinakis with a dive to -126 mt, establishing a new World record in variable weight no-limits in tandem.

AIDA judges Stavros Kastrinakis and David Tranfield was present and monitored the details of the attempt, and also to verify that all the safety procedures were observed.

According to Zuccari the official computer at the neck of the freediver read 156.2 metres.

In an online interview he said “I’m proud to have established this record because the previous record belonged Umberto Pelizzari, the man who made the “freediving” world famous.”

What makes this record important is that Zuccari used the mask instead of fluid googles and nose clip. He is the first man to reach this depth with a diving mask. 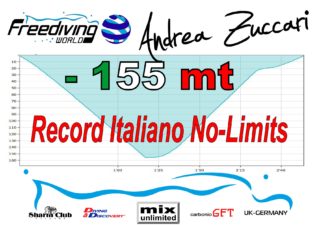 The Aqualung Sphera X is a worthy heir to the Sphera mask lineage. This newest model offers improvements in materials, comfort and fit and well as unrivaled horizontal vision, compressibility, comfort, and low volume; making it a continuing favorite among freedivers.
Read more
Freediving