After 3 days of intense competition at Knox Aquatic Centre in Sidney, final results are finally in. Hosted by Sydney Freedivers Freediving Club and Australian Freediving Association, the national championship also served as a selection event for the Trans Tasman Team Challenge to be held in Auckland from 2-6 August, and hosted by Freediving New Zealand.

The first day saw very solid performances in Static including an impressive and clean 7:04 by Walter Steyn who was making his come back to competition.

First place in DNF was awarded to Amber Bourke following a 144m performance.

In Dynamics, Lewis Jones did his very first 200m performance. This dive came as a relief for the athlete, after somewhat of a rough start on Friday.

Taking it to facebook after the event, Lewis shared:

“After starting with my worst ever performance in static, from nerves getting the best of me. I picked myself up and did a DNF on saturday just under my PB and on the last day today felt free to push for a big goal I’ve been chasing for a while now. It was a beautiful but by no means easy dive of 200m in 2:34 and I came up very clean.“

Amber Bourke missed her surface protocol following a strong 202m dive as her airways dipped below the waterline. A technicality which prevented the athlete from pushing back her Australian National Record of 200m.

Walter Steyn and Nicole Keating take the gold and National Champion title home as overall competition winners. Keating was defending her title from last year, and she did beautifully with a remarquable 172m in DYN and strong 4:51 STA.

The competition was sponsored by Salvimar who have donated a pair or fluyd 2.5mm pure swims for prizes.

Here are the full competition results, and the rankings by discipline below: 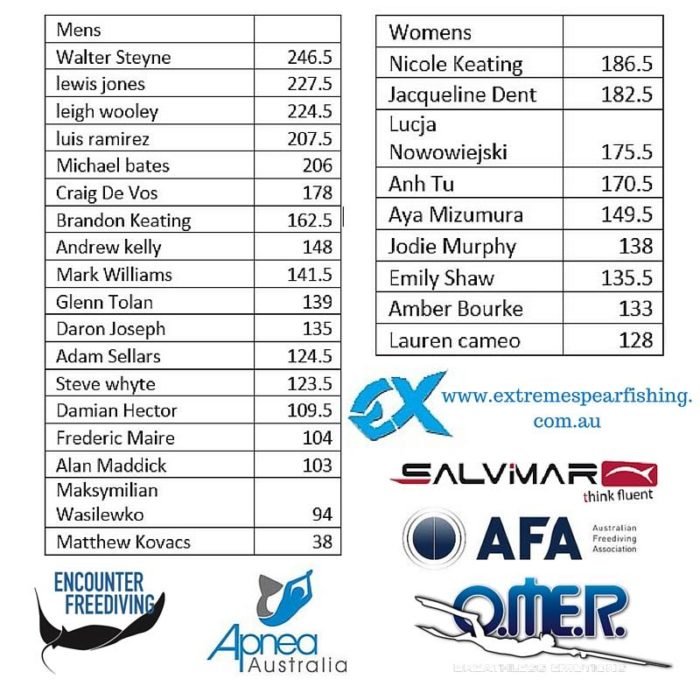 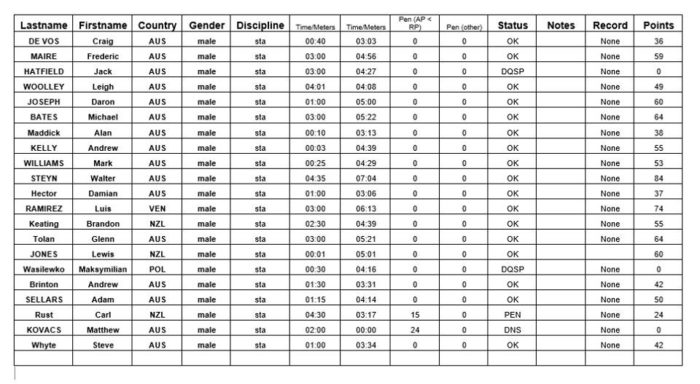 Cassandria De Bellefeuillehttp://www.aquasoul.org
Cassandria is a Canadian freediver and spiritual seeker. She travels the world in search of truth and genuine connection. Without a permanent home base or any set destination, she hopes to find purpose and meaning by connecting with the sea and holding her breath underwater.