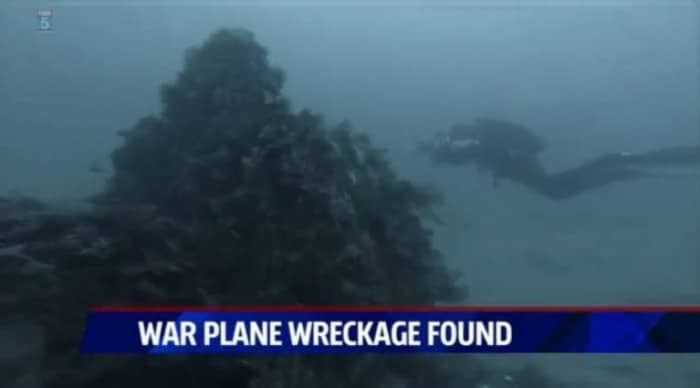 A pair of divers found a lost Korean War-era fighter plane off the coast of San Diego, California recently.

A local Fox television station reported that the aircraft was identified as an A-1 Skyraider which crashed in 1953 in the waters near Mission Beach.

According to news reports, the pilot ejected from the aircraft and survived.

Dennis Burns and Ruth Yu were diving in 60-foot-deep water when they came across the sunken aircraft. It’s safe to say that they were fairly gobsmacked at their discovery.

“When [Burns] came up he was completely overwhelmed,” Yu told the Fox TV station. “Even before he could get his mouthpiece off he was saying, ‘It’s a plane, it’s a plane! I found a plane.'”

“I was stunned that the greatest thing I’ve ever dove was in my backyard,” Burns said.

The divers said they have spoken to the pilot’s family, who have expressed an interest in diving the site themselves.