Karol Meyer has reached 100 metres on a No-Limits dive and set a new absolute national AIDA record for Brazil.

After training in Florianopolis island and Bonaire in the Caribbean sea, the athlete went to Kalamata in the Peloponnese region, Greece, and obtained the pre-requisite for the record attempt and won on the last day on September 9, the important depth in No Limits female category.  The prerequisite is a requirement of A.I.D.A. for disciplines with sled.

Karol said “The training days were not easy because it had to adapt to cold water and new equipment (called a sled).  It was not an easy dive so close to the loss of a great friend and freediver Patrick Musimu who taught me much. I had to overcome this.”

The athlete continued confidence in the last days of training had already won the depth required as a prerequisite for the record attempt of 100metres deep. The prerequisite is a requirement of A.I.D.A. for disciplines with sled, in order to minimize accidents.

Karol’s dive was completed quickly in 2 minutes and 20 seconds.

The record was ratified by AIDA International Judges, Greece: Stavros Kastrinakis (in water) and the judge of England: David Tranfield (surface).

Jacques Mayol was the first to break the 100 meters in 1976, few female athletes today broke this depth, and again Karol Meyer highlighted the name of her country Brazil in sports history, as well as becoming an absolute national record, being the first Brazilian to meet the enigmatic depth, the performance is also among the world’s five best female performances in the history of the AIDA discipline. 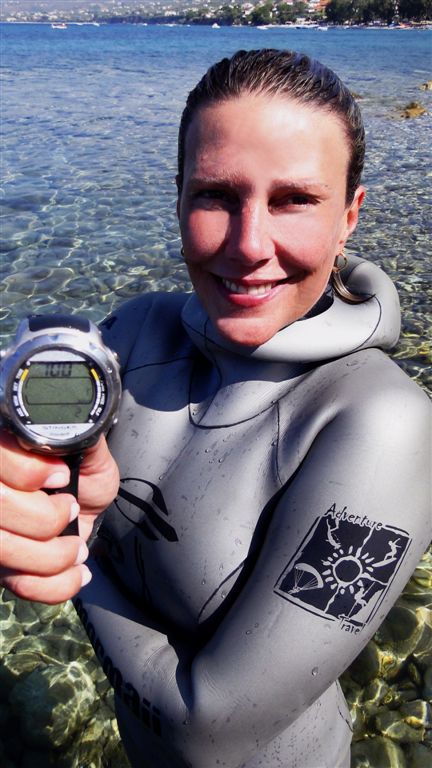 Sea Turtles May Not Be Great Navigators After All