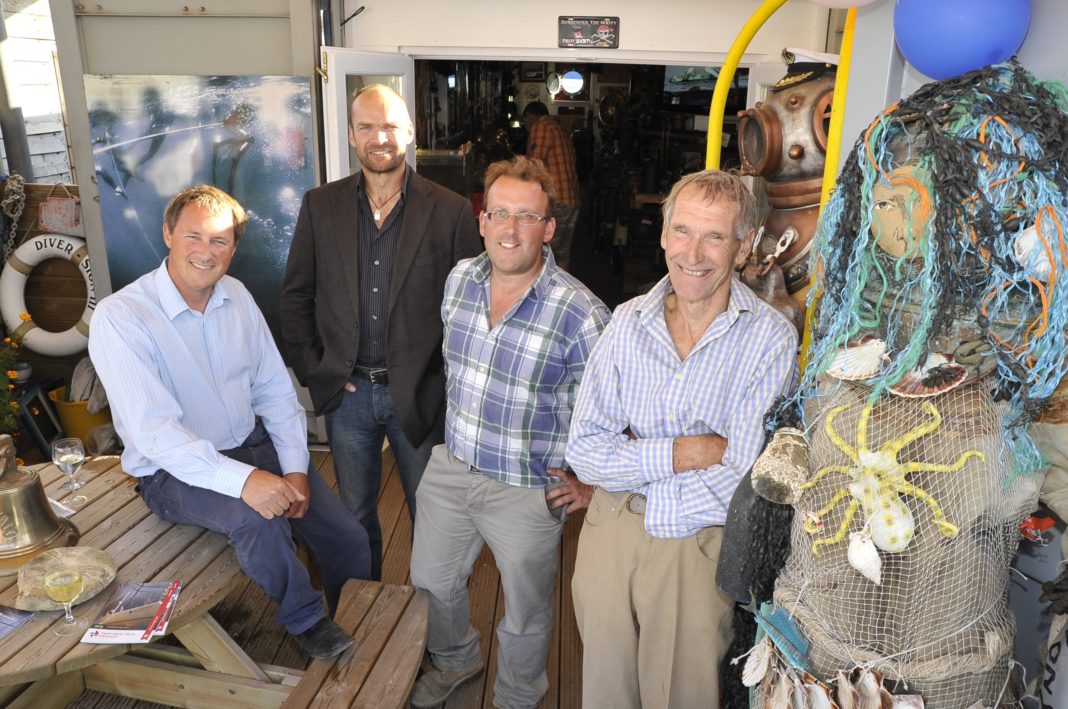 Yacht Haven Quay‘s (YHQ) Dry stack marina in the city of Plymouth in the UK, last week opened a new museum on site that features “a Davy Jones’ Locker packed full of amazing artefacts and curios which have been thrown into the sea and shepherded back onto land over the last 50 years by former Royal Marine and Commercial diver Ray Ives.”

“Everything here has a little bit of me in it but if people don’t get to see it, what’s the point?” says Ives.

While none of his collection is for sale, Ives is happy to share. For instance, he recently lent his 1746 bronze canon to the grandchildren of a cannon expert, enabling them to fire it at his funeral.

“Ray loves meeting new people and has a really good way of bringing his collection alive,” says Dylan Kalis, managing director of Yacht Havens Group, who first heard about the diving collection in 2005 when Ives was on the hunt for a new home for his salvaged treasures so that he could reclaim his shed.

Amazed by what he saw, Kalis offered to buy a 40-foot container and store it at YHQ.  In return, Ives shares his stories with interested customers.  They then commissioned Amanda Bluglass to make a short film about Ray in 2011.

“Ray: A Life Underwater” made him an international celebrity.  Screened at the Sundance Film Festival, it won numerous short film awards and notched up over 100,000 views in 92 countries when it was first launched on the internet.   It is still available to view on You Tube and for purchase on DVD.

Ray’s Dive Museum has now been permanently relocated to a central location at Yacht Haven Quay and is open to members of the public, free of charge.