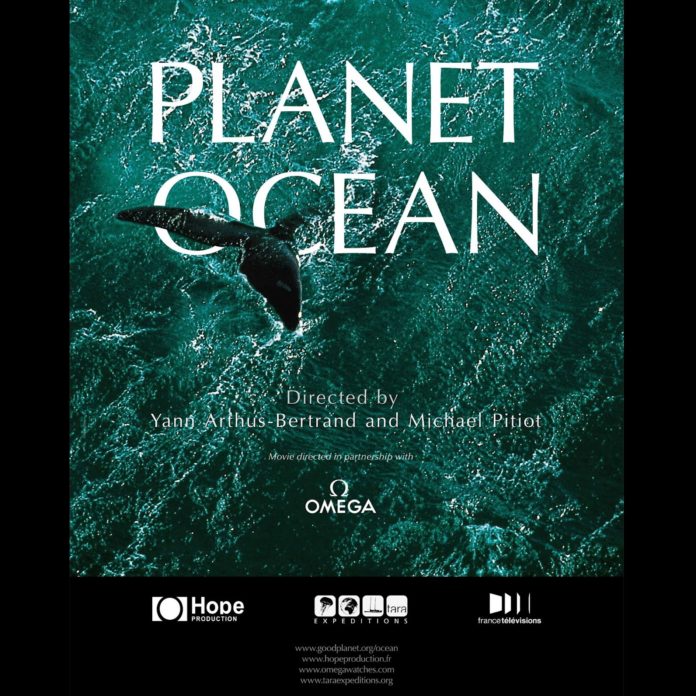 The premiere of Planet Ocean at the Rio+20 Summit in June 2012 presented outstanding aerial and  underwater ocean views from across more than 20 countries to illustrate and educate viewers about the beauty covering the surface of our planet and the challenges that humans have brought upon the marine ecosystems that are so depended on.

Directors Yann Arthus-Bertrand and Michael Pitiot, in partnership with OMEGA, have worked with other activists, scientists and enthusiasts to bring to viewers a 90-minute documentary that serves not only as a prime example of Earth’s beauty, but as an illustration of the dangers that threaten our ocean and our entire planet. It was been created to change the way people look at the oceans and encourages them to imagine conservation as a globally-shared responsibility.

The film is a collaboration that aims to explain some of the planet’s greatest natural mysteries, while reinforcing how essential it is that mankind learns to live in harmony with our oceans.

Planet Ocean also serves as reminder of the bond between humans and nature, and the duty that exists to protect and respect our planet.