The Australian Antarctic Division team were searching for blue whales off the coast of Portland in Victoria (Australia) last month when they spotted a rare sighting.  A pod of Shepherd’s beaked whales, which have reportedly only been seen in the wild a few times, were caught on film.

According to a report in ABC news, the last paper published on this rarely seen species was in 2006.  Video footage of these whales can be viewed through the television news broadcast in this link. 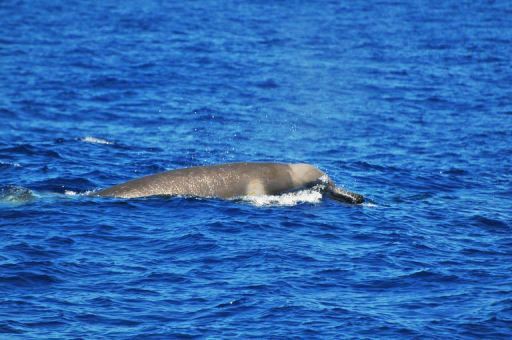 The latest dates for citizen science expeditions to Socorro island and the Sea of Cortez aboard the liveaboard Quino el Guardian have been announced.
Read more
Scuba Diving

The latest works to feature in the Underwater Museum of Art (UMA) off the coast of north Florida have been installed.
Read more
Diving Travel

If you're on a dive boat operating off the USA, from now on you'll need to wear a mask to mitigate the spread of COVID-19.
Read more