Yesterday on the 31st July, 2013 Rebecca Coales broke the UK female Dynamic no-fins (DNF) record at the Total Fitness center in Walkden, North Manchester. For those unfamiliar with DNF it is a freediving pool discipline where an athlete swims as far as they can horizontally, without the aid of fins, on one breath. The previous UK record holder, Liv Philip, has owned the category since 2007. That was until yesterday when Rebecca pushed Liv’s 116m distance to 120m in a dive time of two minutes and :24 seconds. Rebecca is a founding member of the Bristol NoTanx Freedivers group where she trains with friends. A relative newcomer to the competition circuit, Rebecca only started to explore her potential these last 6 months starting with a no-fins clinic, and mono fin clinic with Steve Millard of Apneists UK. Recently Coales earned the right to represent her country in the World Freediving Pool Championships and with this new record Rebecca Coales is firmly on the freediving map. 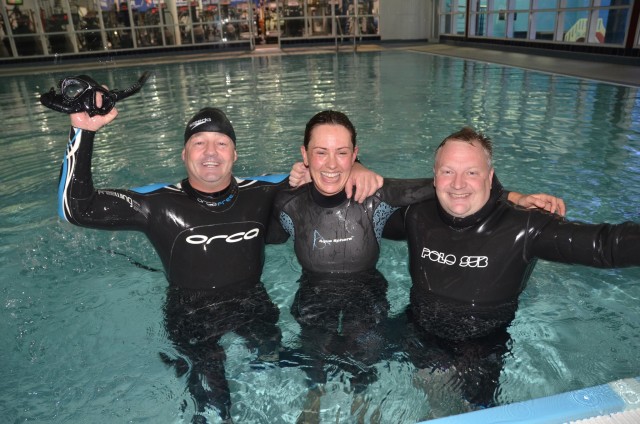 Thanks to the whole team who made the event possible:

Additional gratitude to the management and staff of Total Fitness Walkden for their continued support of the sport of freediving.