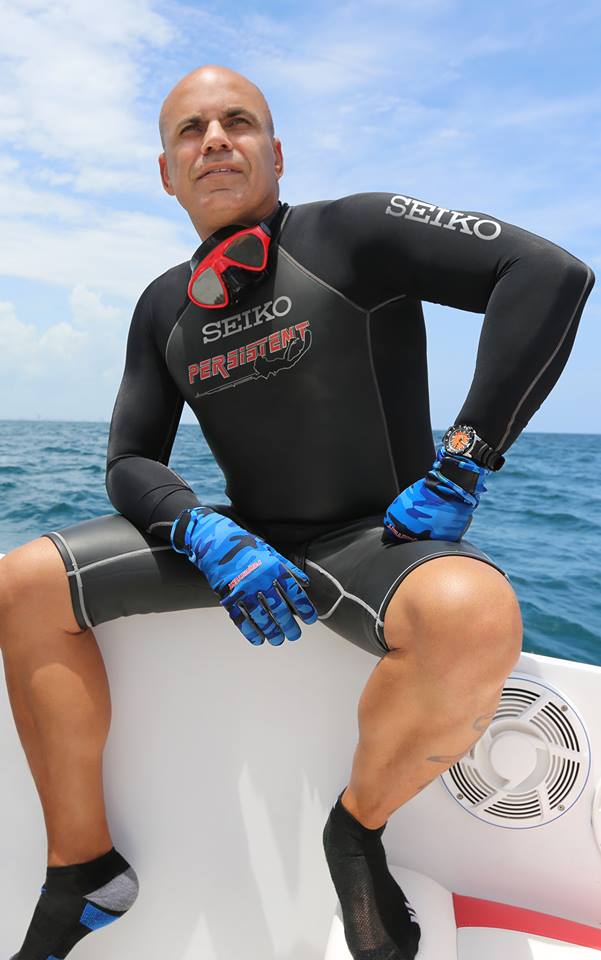 Pipin Ferreras, the husband of the late Audrey Mestre, had initially refused to be involved with the recent ESPN documentary covering the death in 2002 of Audrey.  However after the significant interest generated from the film Ferreras has taken to FaceBook to announce his perspective on the documentary:

I’m sure by now you have all heard about the documentary, “No Limits”, which was aired on ESPN last night. I am very grateful to all of you for expressing solidarity with me, and I am sorry you had to sit and listen to the terrible lies that were told. I did not agree with what ESPN was planning to do and declined to participate in the documentary. I also repeatedly told them not to use my footage, or risk legal action if they did. Now, I have no choice but to seek legal remedy against the producer Gary Cohen, ESPN who aired the show, and all the networks that illegally sold them my footage.

I have been silent for a long time, but I am ready to speak out. You deserve the truth, and it will come out very soon. I have footage that was shot on the day of the event that clearly shows what happened. And I had also previously hired a team of private investigators who provided me with a lot of helpful information. Soon I will be exposing the truth and clearly identifying the people who not only caused Audrey’s death but also put my life in danger that day.

He also has announced a new series of dives and documentary called “The Challenge of Science” where he is going to attempt 5 dives below 100m in 30 minutes before then going on to attempt a 170m no-limits dive:

My wife’s death was a tragedy that took me years to recover from. But now I am ready to dive again and also to expose the truth for the whole world to see. I will do that in the new documentary I am creating called, “The Challenge of Science: 15 Years Later”. In October, I will go on an expedition to Cabo San Lucas to perform the Second Audrey Memorial Dive. Scientists and medical experts will study me for 3 weeks while I train for the dive, and everything will be captured on film for the documentary, which will also tell the real story about Audrey’s death.

The Freediving community has been polarized by this announcement, both in discussion around the safety of doing consecutive deep dives in 30 minutes as well as his involvement with the failures in safety that led to Audrey Mestre’s death in 2002.

What are your thoughts?  Let us know via the comments below or via the DeeperBlue.com Forum Thread.