TheBLUE MILE – Race for the Environment is the UK’s newest mass-participationevent designed to engage people actively with our BLUE Environment. It will beopen to everyone to take part and complete a mile in, on or next to a waterenvironment.  The inaugural event will take place in Plymouth in the summer 2010 with additionalwaterfront cities being invited to take part in future events. The BLUE Mile -Race for the Environment aims to increase participation in our naturalenvironment and provide a learning experience to help encourage more people totake steps to care for the health of our planet.

A number of water professionals have joined up to support this race including WorldRecord holder Freediver Sara Campbell, Beijing Olympic MedallistWindsurfer Bryony Shaw, and 2009 Vendee Globe yachtswoman Sam Davies.  On Plymouth’s historical Mayflower Steps Paul Deighton,Chief Executive of The London 2012 Olympic Organising Committee fired thestarting cannon to one of the UK’smost important races to date, the race for the oceans and environment. 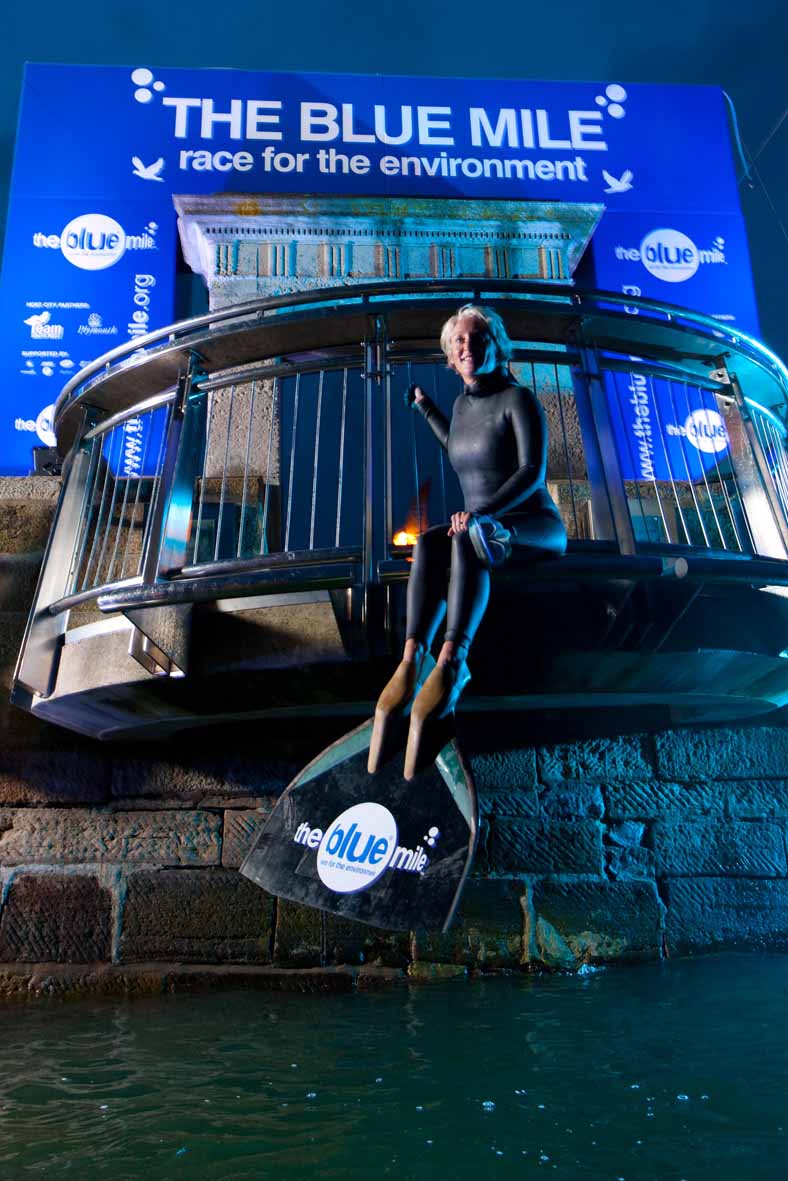 A host of world class marine based athletes including 6 yearold paddle boarding champion Blue Ewer and European surfing champion BenSkinner converged on the water, it was announced that Plymouth, UK has beenselected as the host city of the inaugural BLUE Mile – Race for the Environmentwhich next year will see thousands of participants across all ages, sports andabilities take to the water to complete one mile in, on or next to a BLUEenvironment in an incredible ‘race for the environment’.

TheBLUE Mile, which will take place in the Summer of 2010, will see divers,swimmers, sailors, rowers, paddle-boarders and other sports-people take part ina event that aims to encourage young people to get actively involved with sportand the environment.  The event will see Plymouth’s Hoe transformedwith the creation of the city’s first natural sand beach to host a series ofbeach games to sit alongside a BLUE village which will include impressiveexperiential learning and activity zones.

Speakingfrom the launch Paul Deighton said: “People becoming inspired by this eventwill help continue building the excitement towards the Games in 2012 which areexpected to transform lives and communities in the South West and deliver adiscernable and lasting legacy to thousands of people in the region.”

Asa waterfront city with a world-renowned cluster of marine knowledge and skills,Plymouth’swaterfront was selected as the “ideal location” for an event of thisscale.  Plymouthprovides a huge wealth of facilities that make the location completely uniquewithin Europe. Nationally recognised as having one of the richest maritime historicenvironments in the UK, the Tamar Estuaries and Plymouth Sound together alsoconstitute one of Britain’s finest estuarine complexes and are designated as avital European Marine Site which perfectly highlight The BLUE Milemessage.  The area’s land based assetsare also ideal as the one mile course is situated directly below Plymouth Hoecreating a natural amphitheatre for the thousands of spectators expectedthroughout the event who will also be perfectly placed to view Plymouth’shistoric Lido which will play host to The BLUEMile’s younger participants.

Theregion’s sporting heritage and access to natural facilities and oceans hashelped to nurture the talents of world-class athletes and the event is set tostimulate a new generation of sporting heroes. With plans to grow the event each year, The BLUE Mile aims to be replicatedthroughout cities nationally and internationally with Plymouth at the forefront of theinitiative.

Commentingon the spectacular event, Sara Campbell said: “I’m thrilled to be involved withthe BLUE Mile and one of our most important races to date – the race to protectour oceans and natural environment and I urge as many people as possible tojoin me in rising to the challenge of completing a mile – either on the water,in it or alongside it.”

Toget involved with The Blue Mile and select the way you like to undertake yourmile next year head to the official website at: www.thebluemile.org and followthe latest BLUE Mile news on Twitter at: www.twitter.com/thebluemile.