Petrovic notched both a first-place finish in the static apnea finals on March 9 with a 9:36-minute breath-hold as well as setting a competition record breath-hold of 9:47 minutes during the qualification round two days earlier.

“I am thrilled to have won this year,” Petrovic, who had participated in the competition twice before but not won, said, adding: “The level of this championship keeps improving every year both in terms of the level of organisation and the quality of the contestants.

“I performed very well in the qualifying round last year but did not win. I am . . . thrilled that my training and hard work has finally paid off and that I achieved what I came here to do,” he said.

This particular static-apnea competition is a little different than the standard floating-on-the-surface practice, according to a press release posted on the Dubai PR Network:

“The Fazza Championship for Freediving is different from the conventional form of static apnea and is modelled on the traditional technique of pearl diving which requires contestants to hold their breath at a depth of 4 meters underwater with the help of a rope.”

The competition saw a 40-percent increase in overall participation since last year, “a sign that its repute is travelling far and wide,” said Hamad Al Rahoumi, Head of Committee for the championship. 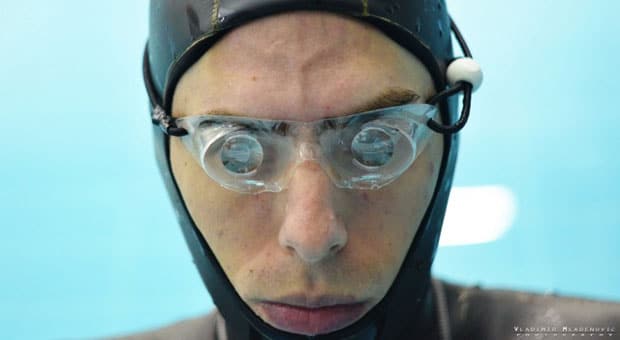 Submit Your Goliath Grouper Comments To The Florida Wildlife Commission