Swim with Dolphin Programme in Dubai

The controversial Dubai Dolphinarium which opened recently in the United Arab Emirates is now advertising a “Swim with Dolphins” programme, which is an opportunity for the public to swim with dolphins that were captured in the wild and trained to live in an artificial environment.

The advertisement says that “bottlenosed dolphins are the most gentle and intelligent mammals next to humans”. The benign image of these dolphins can fool an unsuspecting swimmer, with their big smile and gentle appearance. Dolphins have been found to bludgeon porpoisesto death by the hundreds. Unlike most animal killers, which eat their prey,dolphins seem to have murderous urges unrelated to the need for food. Infanticide is common in the nature of dolphins and male dolphins have been known to kill calves when competing for females. Speculation from Scottish scientists say that assaults on porpoises from dolphins might develop “skills usedin infanticidal attacks,” or alternatively might stem from simple aggressionor sexual frustration. They also have been known to kill fish for sport, and attack or kill any sick member of the pod, to eliminate weakness and keep the strength.

Are these innate characteristics still lurking in the back of a dolphins mind after a year of training in captivity, and if a swimmer is weak or ill will the dolphin sense this?

Visitors as young as 5 years old are admitted to participate in this interaction. The Dolphinarium webpage advertises that upon entering the water the swimmers with have fifteen minutes of swimming time with an animal, including hugging and touching the skin, and being pulled around the pool by the dorsal fin of the dolphin.

Much doubt has arised with conservationists as to whether captured dolphins are conditioned well enough to cope with an indundation of such social behaviour with humans. 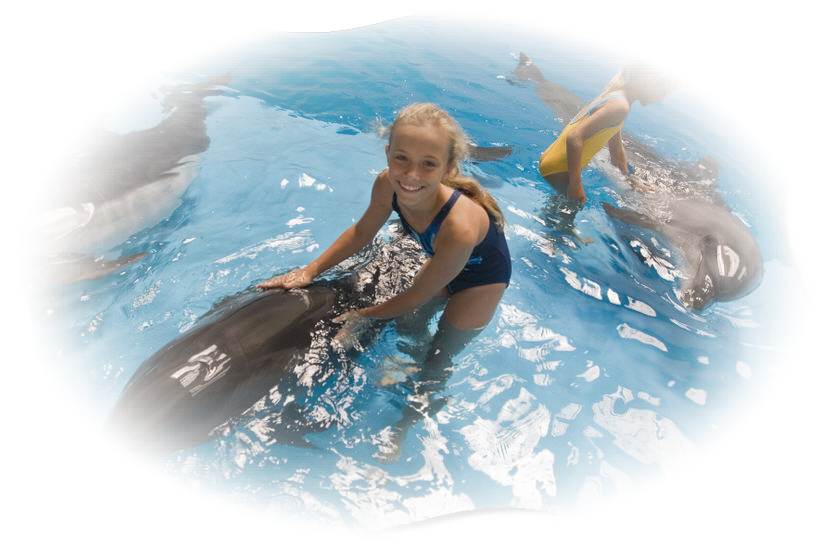