Over the course of two days in the sunshine state, four national records were set as well as many new personal bests in apnea.

Taking home top honors at the fourth annual pool competition were Claire Paris for the women and Antonio Del Duca for the men. The gold medalists were happy for their winning outcomes but neither were expecting that particular result.

Pan-American champion and author of “El Apneista“ Del Duca was at the pool event to coach Paris on a dynamic national record target and to support several of his own students who were also competing for the very first time (not to mention the kind-hearted Venezuelan seemed to be suffering from a bit of the flu!).

Claire was very relaxed about participating in the static and dynamic-no fins heats on Saturday as she was determined to manifest a good result on Sunday, where her goal was to nab a national record that has been historically elusive for her.

Richard Collett from the Cayman Islands had a terrific competition, and who wouldn’t when every single dive they make is a new national record!

“I confess I hadn’t really paid much attention to the list of competitors until I found myself leading the pack on Saturday evening. I quickly discovered I was surrounded on all sides by some pretty bad ass Venezuelans who can all do 150m+ dynamic in their sleep,” Collett said.

“I’m super stoked I managed to hold my own to get 2nd place for the men. Very pleased to have also set a new Dynamic record of 166m for the Cayman Islands, making it a hat-trick of NR’s for me at this event. Turns out the guy who took first place is a bit of a legend… world renowned freediver & instructor Antonio Del Duca. It was a real pleasure to compete alongside him — to see him hit 190m+ without even trying was a real ‘schooling’ for me. Thank you Safeties and Judges…great team and one of the most relaxed and fun comps I’ve had the pleasure of attending.”

Rounding out the leaderboard were Karla Mendez of Venezuela taking silver for the women, Luis Arismendi of Venezuela and Sandra Zapata of Colombia respectively placing third. See the overall results here below, and stay tuned for a DeeperBlue.com profile on Claire’s amazing 184-meter/604-foot DYN swim. 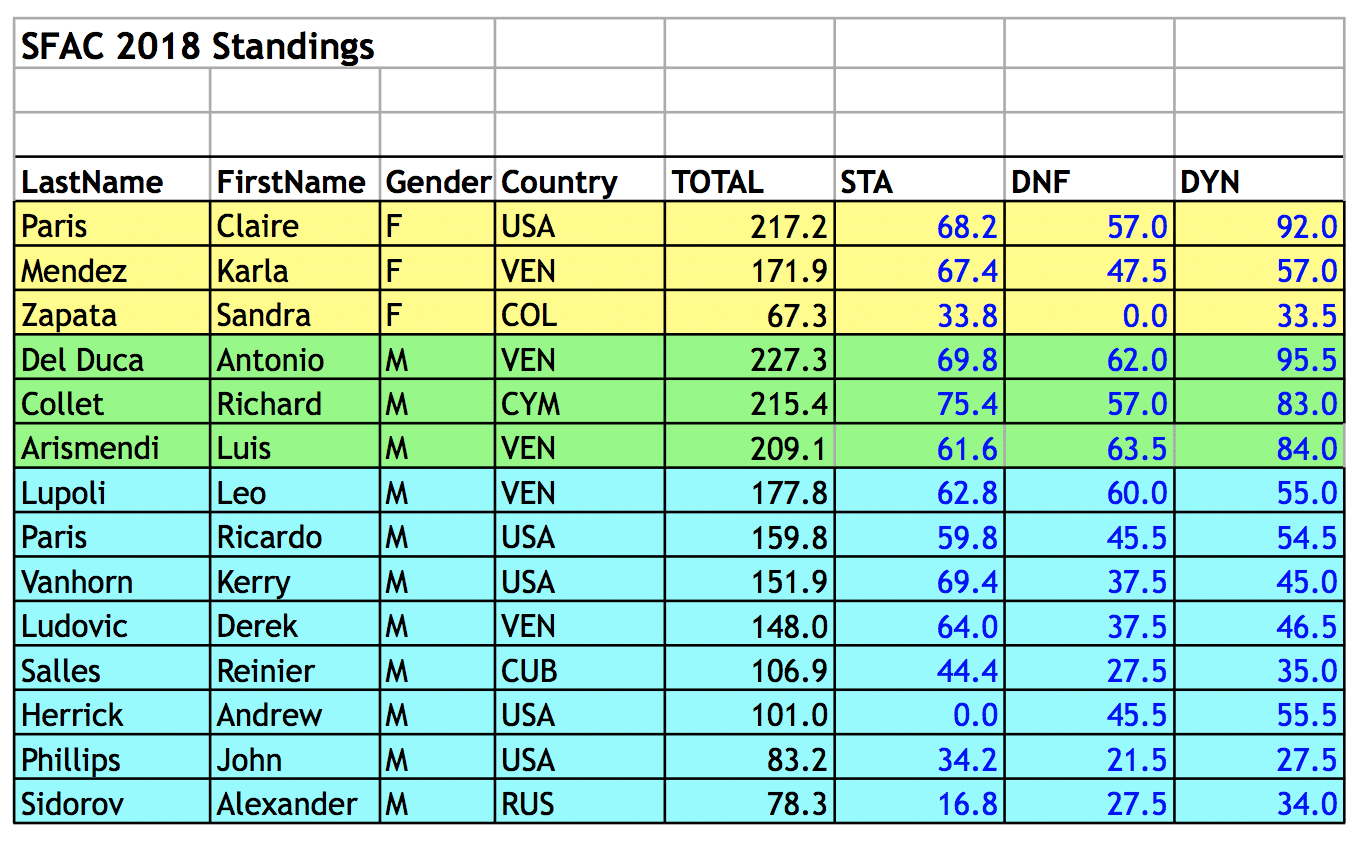