Alena Zabloudilová is a naturally gifted freediver. Spectators at Suunto Vertical Blue saw that today as she surfaced with confidence and ease after successfully completing a constant no-fins dive to 62m, making her the third deepest woman in the world in the discipline many say is the purest and most challenging form of freediving. Alena’s dive took two minutes and :42 seconds before she appeared as clear as a bell to be presented with a white card by the judges. This newest CNF national record adds to an impressive lists of personal bests in competition for the female Czech diver– as of today she ranks fourth in the world among the ladies in constant weight with 87m, and she ranks second in the world for free immersion with 82m. (The current standings for the Suunto Vertical Blue competition have Alena in a tight race with American freediver and CNF world record-holder Ashley Futral Chapman.) 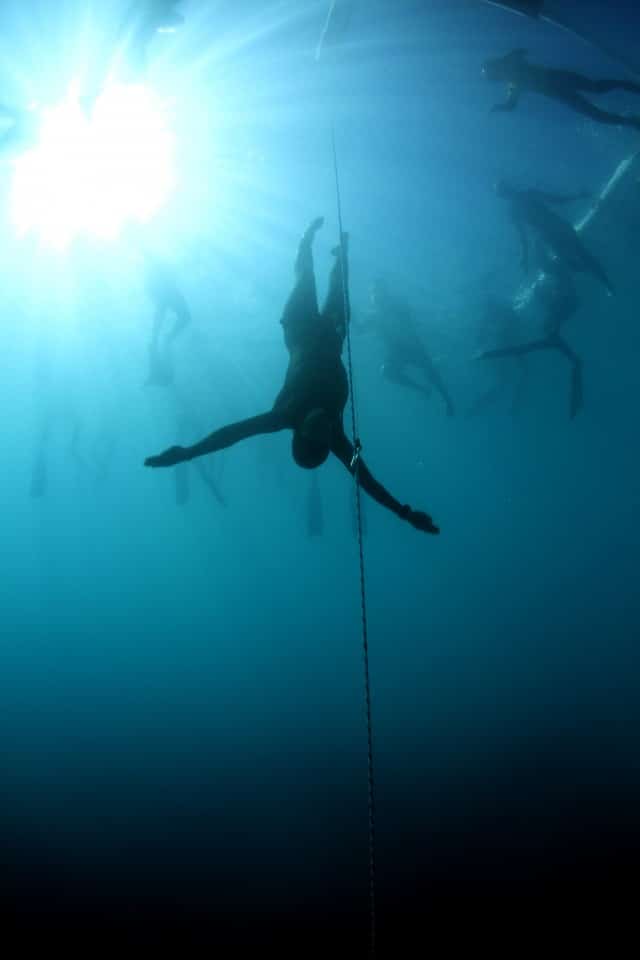 Underwater And Under The Wire In Belize

COVID-19’s Impact On The World Series Of Freediving

Vertical Blue recently put out an announcement regarding the impact of the COVID-19 pandemic on the World Series of Freediving.
Read more
Freediving

How We Are Helping: Search Scuba

How Prism 2’s Are Used For Research

Like it or not, recreational scuba diving has its limits. We look at why underwater pros are moving to a rebreather such as the Hollis Prism 2
Read more

We're excited to announce we're launching our range of official DeeperBlue.com clothing to help support our work to keep you informed and inspired about everything diving and ocean-related.
Read more

The Reef-World Foundation has released a host of new resources to help dive operators cope during the COVID-19 crisis.
Read more

How We Are Helping: Search Scuba

How Prism 2’s Are Used For Research

Like it or not, recreational scuba diving has its limits. We look at why underwater pros are moving to a rebreather such as the Hollis Prism 2
Read more