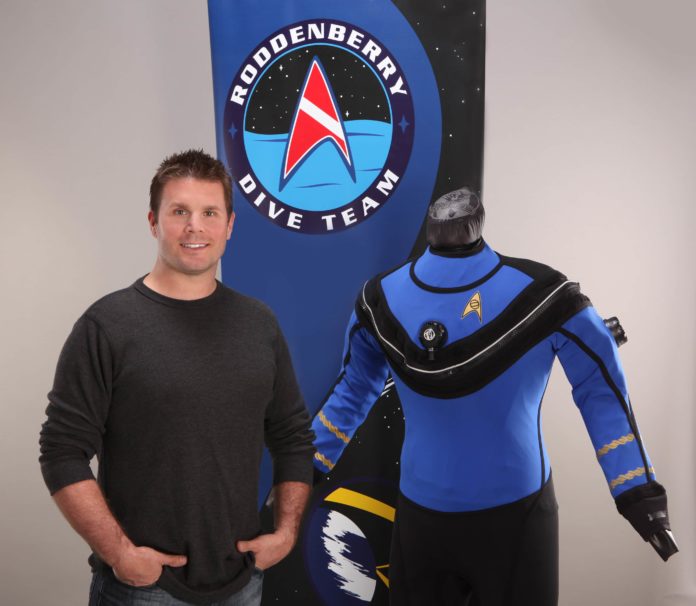 Rod Roddenberry, the son of Star Trek creator Gene Roddenberry and the Roddenberry Dive Team will be in Monterrey for the BLUE Ocean Film Festival as well as for a host of events in advance of BLUE 2012.

Rod, executive producer of Trek Nation, is a certified Divemaster and has participated in or led more than 1,000 dives around the world.  As a leader in the science fiction industry, Rod is passionate about incorporating the philanthropic ideals embedded in Star Trek into real world experiences for divers and non-divers around the world through the Roddenberry Dive Team (RDT).

The Roddenberry Dive Team is hosting pre-festival events for diving enthusiasts, including the Blue Ocean Celebration Dinner where famed photographer Brian Skerry and explorer/conservationist Dr. Sylvia Earle will join Rod to celebrate education, exploration, and stewardship of our oceans; the two-tank Blue Ocean Dive, and a meet-and-greet that includes a special screening of Trek Nation.

The Roddenberry Dive Team also plans to debut a commissioned marine life art sculpture created from trash recuperated from Californian waterways and oceans, which ties in with the festival’s secondary theme of plastic pollution.

This is a fantastic human interest angle which ties in the Star Trek presence and all that the Roddenberry Dive Team does to “explore our world beneath the surface” and fiercely promote ocean stewardship.