In the last 10 years, we have seen some truly spectacular videos appearing online about every type of diving imaginable.  As it’s the end of the 2010’s decade we decided to get together and have a long debate on what we felt was the Video Of The Decade (brought to you by Paralenz).

It wasn’t an easy task – the more we debated and went back into the archives, the more candidates we ended up revealing at every discussion point.

However, after a lot of debate, we narrowed down a shortlist of finalist videos we think are worthy of the being considered, as well as one that we felt was a real standout video – not just for the diving community but also in the broader consciousness of the general public.

The clear winner, in the end, was the iconic Free Fall by Guillaume Nery and Julie Gautier released in May 2010.  Although there are other videos out there that have generated more views than the 27 million that Free Fall has garnered, we felt that this was a true breakout video for the decade as it comes up in conversation so many times with both divers and non-divers.  One of the first films to be done exclusively on breath-hold, it captured the attention of millions of people and helped propel Freediving (along with Guillaume and Julie) into the consciousness of so many people.

We felt there were a couple of honorable mentions needed as they sparked a lot of discussion during our debates.  We felt these videos were extremely compelling as pieces of art even if they didn’t have the impact of Free Fall.

Dive Odyssey, released in November 2018 this haunting, other-worldly video was a strong contender even though it’s only a year old.  Featuring technical divers Gemma Smith and Andy Torbert there is no doubt the video almost feels like you are watching a diving version of the classic film 2001.  The film creators – Divers of the Dark – describe the film as “an ode to thousands of years of mystical experience of water”.  We advise watching this in a darkened room with headphones on to be transported to another world where the only light is man-made.

Second Runner Up – Screw The Box

Screw The Box is a highly personal project from the iconic freediving videographer Daan Verhoeven and the Danish Freediving World Champion Stig Pryds.  Pryds was diagnosed with psoriatic arthritis in 2008 and the crippling disease disabled him enough to cause him to lose his business.  After 5 years of pain, he decided to start practicing yoga daily, changed his diet, and started freediving. This caused drastic changes: within months he could walk without a cane, and he could play with his two young daughters again.  Sadly as he rose to fame in the Freediving world, the insurance company that paid his disability cheque took notice and decided to cancel any payouts despite help from his doctors.  This film was completed in January 2019 after Daan and Stig talked about how “life can keep dealing you blow after blow, and how you know that you’ll be ok anyway” and deciding to use the backdrop of Nemo33 in Belgium to help frame the concept of “breaking out of the box”.  A simple yet powerful film.

Third Runner Up – Angel Of The Deep

In recent years, Florian Fischer and the team at Behind the Mask have become quite prominent with some spectacular videos.  One of our favorites is still an early video of theirs – Angel Of The Deep.  It’s officially an advert however does not come across as anything but a story about a truly mystical experience of diving with Thresher sharks in the early hours of the morning on the Philippines island of Malapascua.  A simple film but already shows the genius of the team at Behind The Mask when given creative freedom.

Congratulations to all our runners up and our winner!  If you have a favorite video from the last decade – let us know in the comments below.

What is Video of the Week brought to you by Paralenz? Every week we bring you some of the most epic videos about diving from around the world whether that is Freediving, Scuba Diving, Snorkelling or Spearfishing.  We’re proud to showcase both amateur and professional videos alike.

Got a great video to share? Send us your video today here

We also recommend that you use Paralenz Dive Camera to capture amazing underwater footage.  Groundbreaking new features and a tough, durable design makes the Paralenz Dive Camera a favorite by experts and novices in all dive communities, from the commercial technical diver to the occasional holiday underwater explorer.  You can get yours today at Paralenz.com. 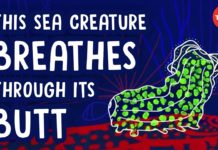 This Sea Creature Breathes Through Its Butt 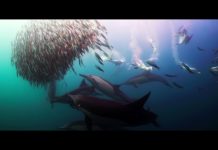 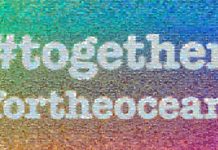 Together For The Ocean

Get Our New App