Monday was day one of the Deja Blue 7 competition, organized by Performance Freediving International in Grand Cayman.

The 7 day competition, preceded by a training camp led by a team of PFI instructors including President and Founder Kirk Krack, is at it’s 7th annual edition already. A laid back atmosphere fueled by a friendly competitive vibe with open water dives during the day and pool disciplines in the evening is on the program from May 9th through 15th.

Among the highlights of Day 1 were two national records, set in the pool by Adriana Brandao and Jessea Lu, from Brazil and China respectively.

Adriana Brandao set a new Brazilian national record in Dynamics with a whooping 139m performance. Jessea Lu performed in Dynamic No Fins with an impressive 139m dive for a new Chinese record.

Here are the full results from day one, along with start times and announced performances for day two: 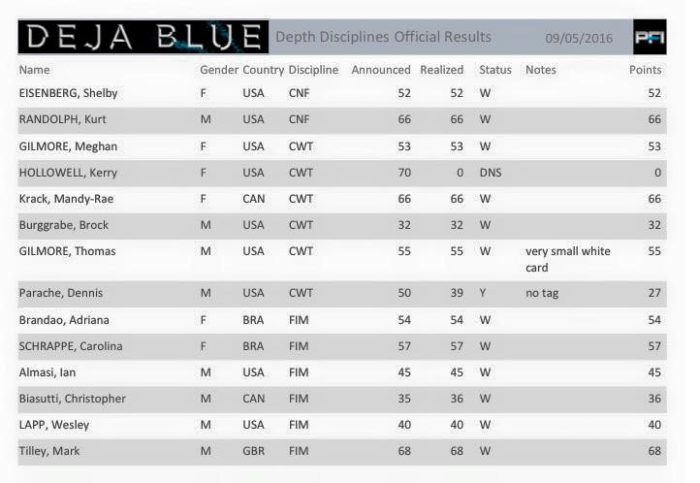 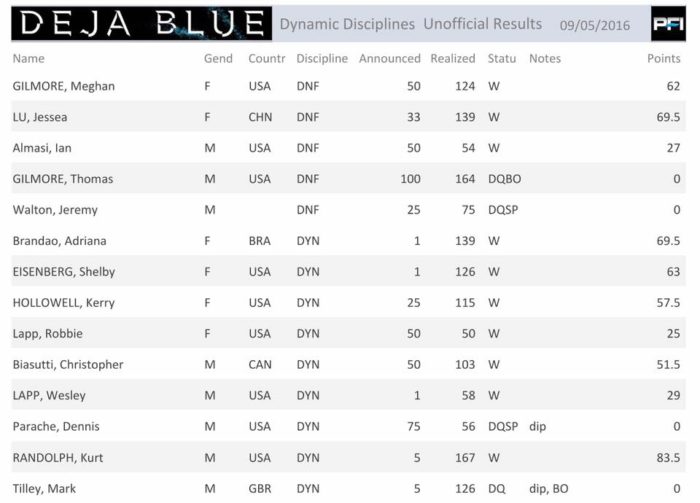 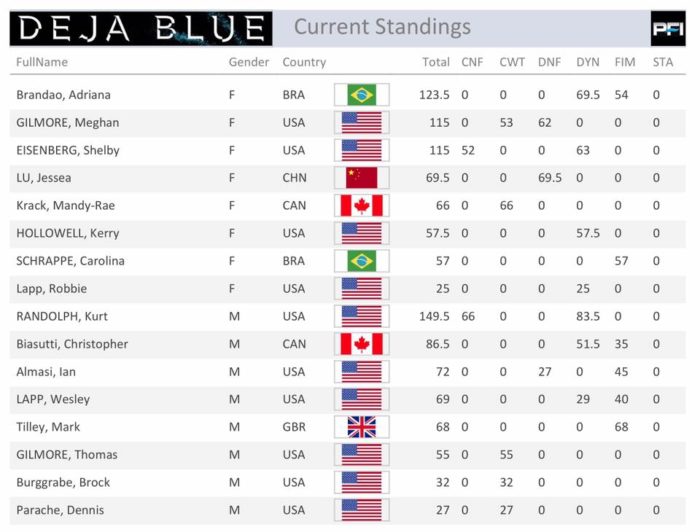 Cassandria De Bellefeuillehttp://www.aquasoul.org
Cassandria is a Canadian freediver and spiritual seeker. She travels the world in search of truth and genuine connection. Without a permanent home base or any set destination, she hopes to find purpose and meaning by connecting with the sea and holding her breath underwater.

The World’s Deepest Pool – The Deepspot – Has Now Opened