For DEMA Executive Director Tom Ingram, the fact that attendance at this year’s convention in Las Vegas has grown compared to last year’s in Orlando as well as the one before that in Vegas is not the most important thing.

Ingram gives greater importance to the fact that since DEMA is a “trade-only event,” all the attendees are “pre-qualified.”

“So those folks that are actually on the show floor are the right ones, and I’m less concerned about the numbers than I am of having the numbers of right people, so for me thats the more critical thing,” he said, adding: “One of the things that’s happened with the trade show is, if you look at our comparative statistics — and you can find them on DEMA.org, they’re there al the time — you’ll see that we’ve not varied by more than a couple hundred people attending the show for the last six years, seven years no matter which coast we go to, the numbers stay very much the same.”

While “it’s a different group of people coming from the East side than from the West . . . the numbers stay very constant, and the reason for that is that we pre-qualify people,” according to Ingram. “So the right people are here, the right people are buying which is what we want, and thats why the exhibitors keep coming back.”

Ingram said the dive industry itself is seeing “very, very modest growth, but it’s growth, so I’ll take it. We’re probably in the 3 percent range or so, given if you use the leading indicator of the certification census we’re a bit ahead, but it varies up and down, from month to month, but overall — just my opinion — I’m not sure the economy’s really gotten any better, but the perception of the economy has gotten better, and so people are starting to come out of the woodwork and are starting to look at making purchases, and we’re seeing folks that are interested in getting involved in diving more.”

As for determining the venue for future DEMA Shows, Ingram said “the cycle is set through the next couple of years, at least through 2017,” of alternating between Las Vegas and Orlando. “Everybody knows, we’ve looked at other cities, but there’s only about 25 convention centers in the United States that will hold us, so we don’t have a lot” of choices. Indianapolis is also one of the places DEMA has considered, Ingram added.

“We’ve talked with New Orleans because everybody wants to go back to New Orleans — including yours truly,” Ingram continued. “I would love to go back there, and we’ve also looked at Nashville, which I thought was a really great venue for us, but the hotel rooms start at $280 bucks a night.” He explained that DEMA has an internal policy whereby “our cap right now is $180 a night, and we won’t go higher than that.

“That may change someday soon,” Ingram added, “but for the moment Orlando and Las Vegas are the two largest convention center cities in the United States, it’s really hard to argue with their convention facilities, but until we can find our way through all of those other issues that are there, we’re locked into these two locations.” 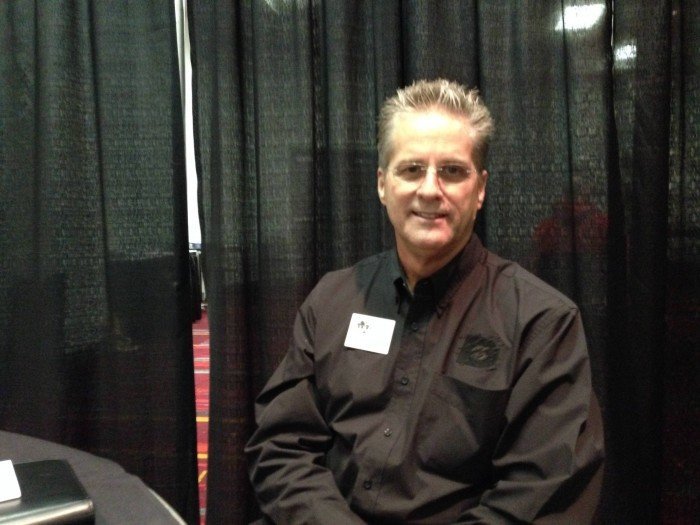