The British Freediving Association announced on Sunday 17th August 2008 that a new UKrecord has been set in the Men’s Dynamic Apnea Without Fins discipline.

On Saturday 9th August 2008, at the Wellington Winter Freediving Championships, NewZealand, Philip Clayton completed a performance of 132 metres. The newrecord beats the previous one of 127 metres, set by Alan Barber inFebruary 2008. Philip, 40, originally from Lancashire, lives in NewZealand where he works as a Consulting Engineer. He has beencompetitively freediving for 2 years, and this is his first UK record. 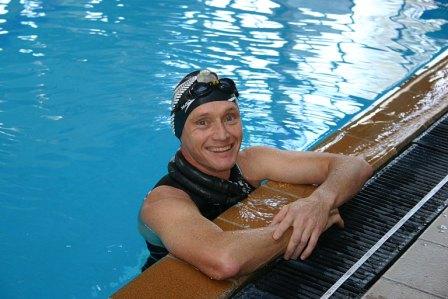