For more than a decade, Todd Steiner has lead teams of scientists, volunteers, and dive masters to collect data on highly migratory species that use Costa Rica’s Cocos Island for refuge.

According to the founder and executive director of the Turtle Island Restoration Network:

“In almost every daytime dive in the waters surrounding Cocos Island, I can see scores of whitetip reef sharks resting on the sand. At night I watch this species hunt in packs, having learned to use our diving lights to increase their success when hunting the shallow coral reef areas.

“Tiger sharks, some more than 13 feet, have been spotted chasing green sea turtles. Many other sharks are regularly seen in significant numbers, including Galapagos, silky, blacktips, and the giant filter-feeding whale shark. Schools of scalloped hammerhead sharks number in the hundreds, and watching them line up at “cleaning stations” to have parasites removed from their gills by butterfly and angelfish is a doctoral dissertation waiting to be written.

“The rays are abundant too — marbled, spotted eagle, mobula, and majestic, giant mantas that glide by like silent stealth bombers. Pods of bottlenose dolphins hunt with schools of yellowfin tuna, and humpback whales pass by Cocos on their annual migrations. Orcas were first spotted there in the fall of 2011 and Galapagos sea lions are occasional visitors.”

Even though Cocos Island’s location is remote and designated as a National Park and a UNESCO World Heritage site, the waters around the island face the same threats as marine ecosystems everywhere — including illegal fishing within its borders, Steiner says.

The information gleaned from Steiner’s trips with scientists, volunteers, and dive masters on those highly migratory species that use the island for refuge is being used to improve management strategies and to encourage consideration of the creation of protected swimways for these species as they migrate between various “hotspots” in the Eastern Pacific that provide feeding, spawning, and nursery grounds.

“To ensure our research that is setting the basis for better protections continues to be collected, we are offering a unique and amazing opportunity for recreational divers to become citizen-scientists and work alongside and assist our team of marine biologists to understand the unique characteristics of the region — and to protect its underwater inhabitants.”

Divers who join Steiner’s expeditions to Cocos Island get the chance to spend 10 days viewing, experiencing, and photographing the incredible marine biodiversity of the Eastern Tropical Pacific, as well as participating in the research by catching turtles, conducting shark counts, photo-documenting, and recording data. As a public charity, payment towards a Turtle Island Restoration Network dive expedition may be tax-deductible, and they also offer payment plans. 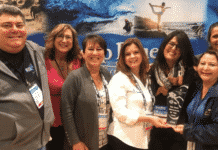 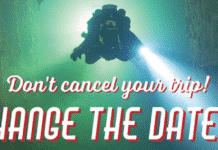 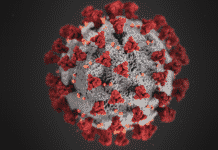 Dive Training Agencies On COVID-19: ‘We’re In This Together’