The British government recently announced that it was lifting its ban on direct flights from the U.K. to Sharm el-Sheikh.

The ban had been in place since 2015 in the wake of a Russian airliner being bombed, resulting in the deaths of 224 people.

Security procedure improvements at the local airport are what prompted the lifting of the flight ban, according to the BBC.

The British Foreign and Commonwealth Office has updated its advice on its travel website, stating:

“The FCO no longer advise against all but essential travel by air to/from Sharm el Sheikh.”

“The safety and security of British nationals remains our top priority and this decision follows close co-operation between our aviation security experts and their Egyptian counterparts, and improvements in security procedures at the airport.”

For more info regarding travel to Sharm, check out the Foreign and Commonwealth Office website. 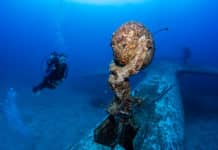