The 2019 Blue Water World Cup spearfishing tournament, hosted by Palapas Ventana in Baja California, is underway with competitors coming up with striped marlin, wahoo and amberjack, among other fish.

On Day 1, a thick marine layer obscured Isla Cerralvo as the sun rose, with 21 divers loading seven pangas and speeding off into the horizon as the clock struck 7 am.

By all accounts, it was a challenging day on the water. There enough wind for some moderate chop. Divers were seeing fish — amberjacks, yellowtail, wahoo and marlin. Some shots were missed, some hammerheads got a little curious.

But these divers ground out a solid day to kick off the competition:

The biggest amberjack was shot by Jason Whitehead (Los Chingones) at 26.2lbs/11.88kg.

Some nice toros (22 and 23 lbs) hit the scales, as well as a few skipjacks and milkfish that count toward diver totals and can be chummed for Day 2.

But it was Carlos Velarde of Costa Rica (team Pargo Negro) who won the day by grinding it out and shooting four out of his five allotted fish. They weren’t massive, but they added up and sent him to the top of the standings.

The competition also has a charity element to it, with the fish speared during the tournament sold at market price with all the proceeds going to continue what was started last year: the first school playground for a small rancho town.

Last year, competitors raised $1,800 to build the town of Rancho El Ancon a playground for their kids. Before the Cup, the students there had nothing more than a few old tires. Now they have slides and monkey bars, and a park to call their own. They named it “Parque Los Buzos,” or “The Divers Park.”

This year, there are plans to finish the park, and add more play elements and most importantly, a shaded area. Day 1 raised US$324/~287 Euros toward that goal. 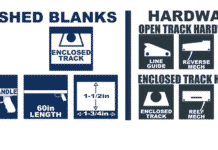 COVID-19 Given You Some Free Time? Build Your Own Speargun. 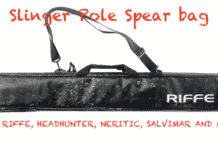 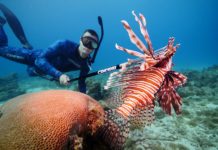