Canberra, Australian Capital Territory — Fancy doing a :40 second static at 121m before having to swim back up again? Well, that’s exactly what Australia’s Walter Steyn did on the final day of this year’s Vertical Blue invitational. With a successful competition under his belt, having extended his own national records in CWT and CNF to 106m and 74m respectively, Walter decided to punctuate the end of the event with a variable weight record attempt. 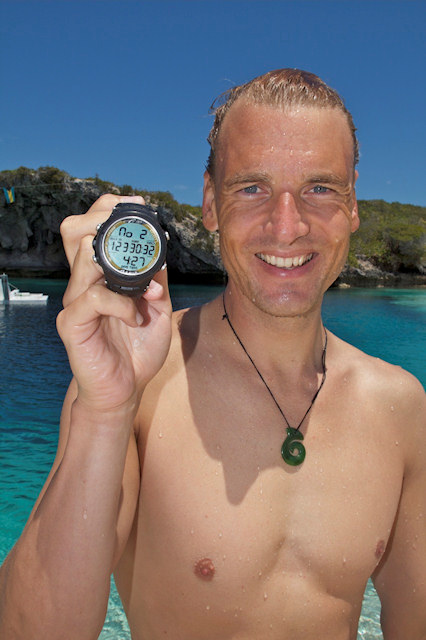 “I’d done 111m CWT in training, so I knew I had the breath-hold,” Steyn offered, “but because there was no sled, I wasn’t sure how far I could equalize head first.”  Walter had only “half considered” doing variable, so he didn’t factor in narcosis, which meant that as he descended even though he heard the 100m alarm from his Aeris F10 he could not tell if he had reached the bottom or not. “I waited for a bit, but after a what I thought was only a short while, realized that I had better just swim back to the surface,” he said. “I had an easy surface protocol and went straight back underwater for deco.” When Steyn finally discovered that he had, in fact, reached the bottom, and spent an astonishing :40 seconds there, he was utterly stunned. “Well, it certainly shows the quality of the safety divers at Vertical Blue,” he laughed, “and I take it as an indication that I can aim for deeper next time!”

On his journey back home to Australia, Steyn cemented his reputation as “Australia’s greatest freediver” by becoming the first Australian to break the eight minute barrier as he reclaimed a national record with a static apnea performance of 8 minutes and :01 second in Hawaii — handily smashing the previous record by :34 seconds.

A laid back competitor, Steyn has quietly set an impressive thirty-three national records. As an athlete he is a rare all-rounder equally comfortable in the pool or at depth in the ocean. Over the years Walter has maintained a consistently prominent position as a freediver in world rankings. In addition to running frequent courses across Australia as a freediving instructor, in his role as an international  AIDA judge, Steyn has judged seven world records in competitions & record attempts. 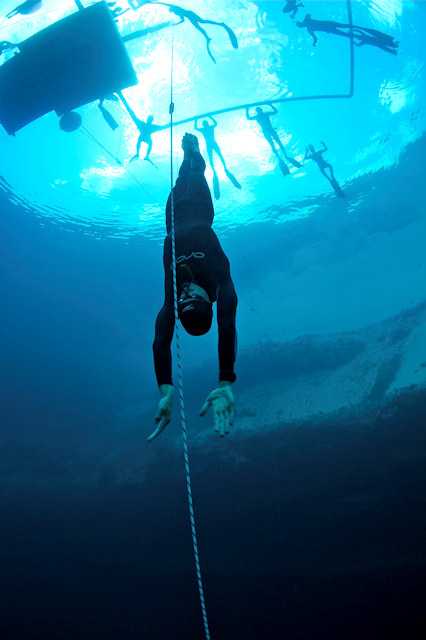