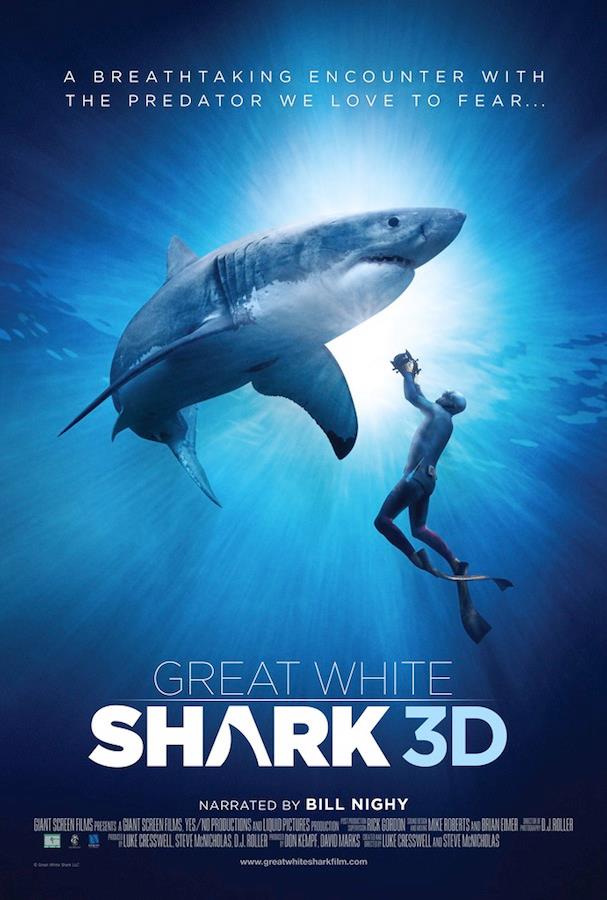 Renowned breath-hold photographer Fred Buyle and his Canadian freediving partner-in-crime William Winram have tagged their fair share of sharks for science research. Now they’re taking it to the big screen in an IMAX 3D film.  Under the direction of Yes/No Productions (makers of several other IMAX films including of Wild Ocean and The Last Reef,) Great White Shark 3D pays a long overdue homage to the great white shark.

This IMAX film hopes to take a bite out of the wildly erroneous misconception that sharks are monsters and to show the true nature of these magnificent creatures. Shot on location in South Africa, New Zealand, Mexico and California, the film aims to reveal the strength and beauty of these animals by looking through the eyes of those who have been touched by their shark encounters. (Together with François Leduc,Winram and Buyle participated in the making of Great White Shark 3D while freediving during an offshore expedition in Guadalupe, Mexico in November 2012.)

The film is set to release in several US cities on Friday May 24 and will premiere in Canada on Friday May 31, at the Centre des Sciences IMAX theater in Montreal, Quebec.