Jody was contending for two national records in the pool disciplines dynamic (DYN) and dynamic no fins (DNF) on February 27. During the competition, she completed three dives and received three white cards for her clean performances from judges Ant Judge and Chris Harding for a 112m DNF, 125m DYN and then 132m DNF, extending the current Australian DNF record by 29m.

The event was hosted by the Sydney Freedivers at the Sydney Academy of Sport and Recreation, Narrabeen NSW, and organised by Jody’s coach, Australian champion freediver Walter Steyn. Steyn has been coaching Jody since December 2010, and commented that “with her swimming background and natural athletic ability, Jody will definitely be a strong competitor at the international level.” 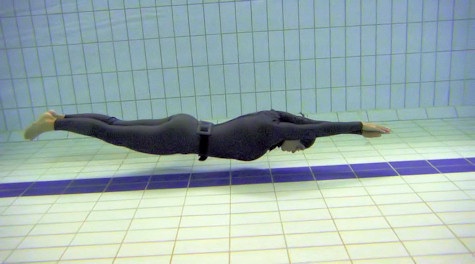