There are few of us that have not picked up a copy of the Guinness World Records at some point. We are hardwired to be interested in astonishing and near-impossible feats and our curiosity about the weird and wonderful has been the impetus for hundreds of books and articles and television shows.

First published in 1955 at the Guinness Book of Records, the book itself holds a world record, as the best-selling copyrighted book of all time. As of the 2019 edition, it is now in its 64th year of publication, published in 100 countries and 23 languages.

While the book contains some truly strange records, most modern attempts and entries focus on individuals attempting to set a unique record. The public is invited to submit applications for records, which can be either improving on existing records or substantial achievements which may constitute a new record.

Marina Kazankova is well-known as a champion freediver, sports psychologist and actress. Having been a competitive freediver since 2004, Marina has set freediving records with both AIDA (International Association for the Development of Apnea)and CMAS (World Confederation of Underwater Activities) and has competed as a member of the Russian Federation National Team.

As exciting as her career has been, her recent passion has been to pursue a new Guinness World Record every year.

I want to show that our dreams come true if we are courageous enough to dream and to go for the realization of our dreams!

Starting in 2016 in Bonaire, Marina began her record-setting journey with the World Record for the Longest Underwater Swim in Open Water. Marina swam an impressive 154 m (505 ft 2.98 in).

In October 2017, Marina was awarded the Guinness World Record for The Longest Underwater Walk by walking 69.7 meters across the bottom of a diving tank in Dubai, United Arab Emirates.

My passion is freediving … where inner peace connects with constant training and we get the harmony and the perfection of the performance!

On December 29th, 2018, Marina completed 2018 The Longest Underwater Dance on One Breath (Freediving), dancing with Dmitry Malasenko for 3 mins 28.60 sec underwater at the Y-40 Diving Facility in Italy.

Now, on her fourth year pursuing new world records to set, Marina found a feat that combines her sports psychology, freediving, and yoga. Her record-setting attempt for The Longest Time to Hold the Bridge Pose (Yoga) Freediving took place at Y-40, the world’s deepest pool on December 19, 2019.

Marina spent a total of 4:50 underwater and 4:27 holding the pose. Guinness World Records is evaluating the film from 3 video cameras, witnesses and timekeeper statements (standard procedure), and the results can take up to three months.

Marina explained to DeeperBlue.com that she had proposed a more complex, dynamic and scenic event, but Guinness decided that this would be the record criteria and established a minimum time of 3 minutes to be considered.

Marina credits her psychological preparation using the techniques she teaches freedivers around the world, the presence of her father Pavel and her daughter Angelica and her students, who assisted as safety divers and photographers for her successful dive.

Marina described how her trajectory was off as she descended to the target platform and that she used 22 seconds of precious air and energy to get into position. Using her own technique of “deconcentration” to push aside the distractions, Marina holds the Bridge Pose for a total of 4:27 seconds.

Being a World Champion means to have a responsibility to inspire people to live fully their lives and to be happy and healthy! That’s what I am doing with my workshops of Psychological Preparation around the world and attempting these Guinness Records.

Marina Marina shared that her message for anyone who reads about her adventures or watches the videos of her record-setting dives is that “if you have a dream, have the courage to follow it and realize it! Everybody will help you! Live the life you want to live!”

For more information about Marina and her workshops and future competitions and record attempts, please visit her website. 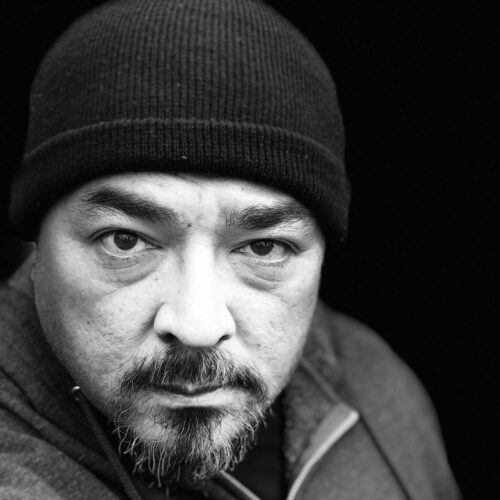 The Hidden Politics of Freediving Exposed: AIDA, Taiwan, and China

SSI Announces The Launch Of A New Mermaid Program