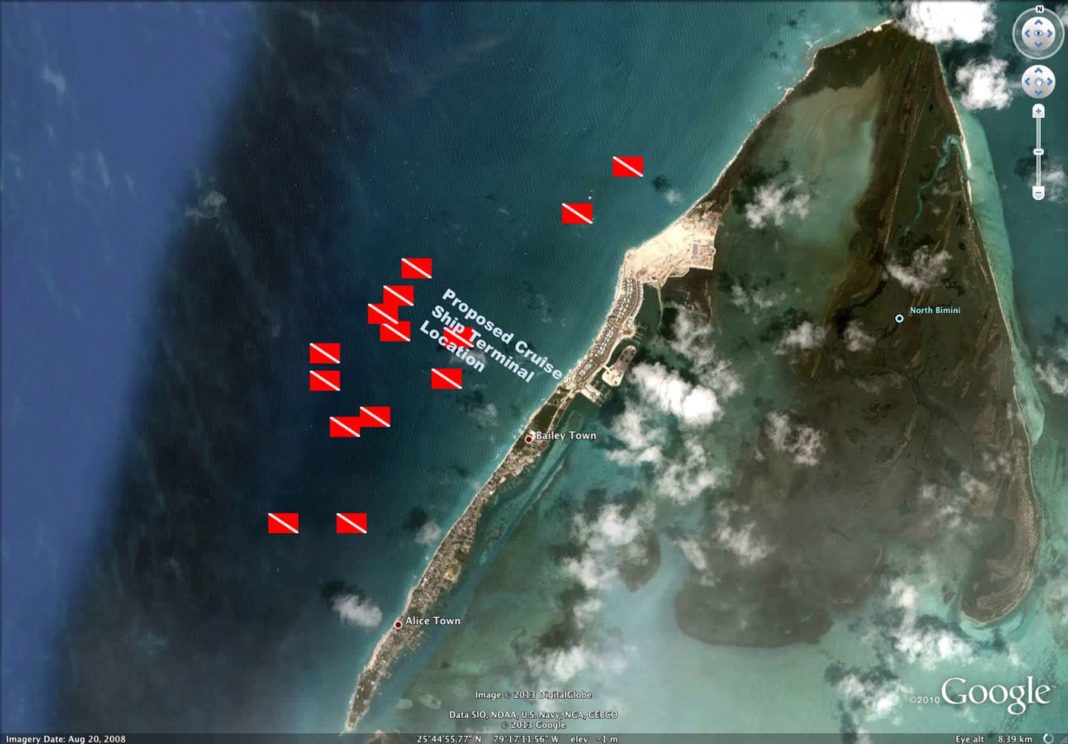 The islands of Bimini have a rich and eclectic history decorated with rum running, world record big game fishing, Ernest Hemingway, Martin Luther King Jr. and the Bermuda Triangle. These tiny, “ Islands in the Stream,” are also home to a diverse range of ecosystems both above and below the surface.  From mangrove forests to coral reefs, creatures both mighty and delicate can be found. The beauty of Bimini is hanging in the balance though, in a battle against development and environmental destruction.  The Bimini Blue Coalition was established as a means of bringing the community together in order to help keep Bimini blue and beautiful.

The Bimini Blue Coalition was formed in January 2013 to promote and protect the bluest waters in The Bahamas, those which are found right here in Bimini.  Our coalition consists of local residents, business owners, community leaders, second-home owners, and frequent visitors to our beloved ‘Islands in the Stream.’  Bimini is known across the globe as the ‘Big Game Fishing Capital of the World’, and our island is widely renowned for its thriving fisheries, vibrant coral reefs, and spectacular blue water.  In fact, our entire tourism industry is based on the health and beauty of our waters.

Although the idea for the Bimini Blue Coalition (BBC) was conceived as a way to further promote our island’s growing ecotourism industry, we also feel it is a critical part of our mission to address and confront issues that threaten the sustainability of our economy and environment.  Today we write this message to address a potentially enormous catastrophe facing our tiny little island.

For years, the Bimini Bay Resort & Marina has positioned itself as one of the most controversial developments in all of the Bahamas.  Over the past decade, dozens and dozens of news reports have documented their offenses against the people and the landscape of North Bimini.  They have had several investors and management partnerships come and go over the years, but their latest pairing with Genting Resorts World seems to have exceptionally dire consequences to the foundation of our island.

Genting has the resources and experience to turn the Bimini Bay Resort into a sustainable project that could establish Bimini as a model for the rest of The Bahamas, but instead we’ve learned that their first major proposal is to unleash more damage on our delicate marine ecosystems.  In order to sustain their new casino, Genting plans on creating a cruise-ship terminal off the western shore of North Bimini, potentially smothering some of our island’s most beloved and precious coral reefs.  While we respect the rights of private-property owners on the island, the Bimini Bay Resort already takes up more land on North Bimini than Alice Town, Bailey Town, and Porgy Bay combined.  They can do what they want with the land they have purchased, but they do not own Bimini’s waters, and they certainly don’t own our coral reefs.

Bimini’s tourism industry has continued to grow in recent years while other islands have been much less fortunate, and we boast one of the highest return rates from our visitors of anywhere in our Bahama Land.  Gambling with our island’s future, for the sake of one foreign development, is not in the best interests of our island or our people.

The future of Bimini should be in the hands of Biminites and those that truly love and cherish this island.  Genting and Bimini Bay are intentionally leaving Biminites in the dark regarding their destructive plans.  Bimini has sustained enough damage and negative publicity from this development, and it is time to turn the page and move towards a truly sustainable future for our island.

No more destruction to our marine ecosystems, and no more back-room deals that leave Biminites out of the discussion.  The Bimini Blue Coalition is here to promote and protect these extraordinary islands, and we’re not going anywhere.

The folks at Fourth Element have bared (nearly) all to help women divers of all shapes and sizes find a suit that, well, suits.
Read more
Scuba Diving

Garmin this week is launching the Descent Mk2 and Mk2i dive computers as well as the Descent T1 Transmitter.
Read more
Scuba Diving

SeaLife has announced the introduction of its SportDiver housing for the iPhone (as long as it's not the brand-new iPhone 12).
Read more