THE COVE WINS at the 82nd annual Academy Awards

Sunday night in Los Angeles, California at the Kodak Theatre THE COVE took home the Oscar for the Best Documentary Feature; the award was accepted by producer Fisher Stevens. Louie Psihoyos directed the award wimming film that was funded by Jim Clarke. Freediving world record holder, Mandy-Rae Cruickshank and her husband Kirk Krack, of Performance Freediving International, were not only proud members of the film’s cast, but were also mission critical members of the “black Ops” team who placed the video and audio equipment that allowed the world to see and hear what was actually happening in Taiji. 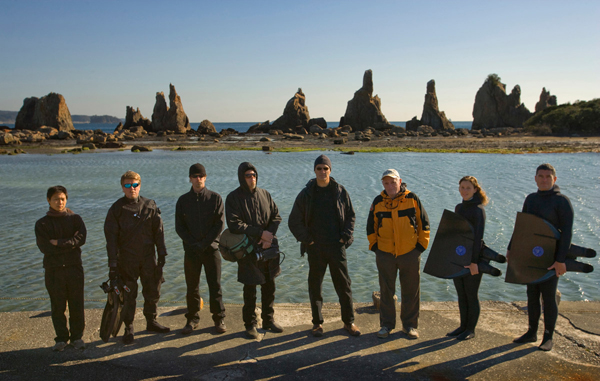 DeeperBlue heartily congratulates everyone at the Oceanic Preservation Society.