If I had a dollar for every email I’ve received asking me how to learn to freedive, well,I wouldn’t be writing this article, now would I? I’d be paying some other poorsap to do it for me. But until our corporate suits figure out a way to monetize( I’m told that’s what getting paid is called nowadays) those enquiries,I’ll scribble on to the best of my ability.

What most ofthose folks are really asking is: “Where can I find free content on theinternet that will turn me into a great freediver?”. My answer is alwaysthe same: Nowhere. I advise these good people to seek proper trainingwith qualified instructors.

Freediving,especially at the entry level, doesn’t lend itself well to autodidacticism -that’s self-teaching for those of you out there in Rio Linda. People who havetrouble accepting this should curl up in front of the fire and read FreedivingSelf-Taught, by I.C. Black, you know, the one that sleeps with the fishes,the one you won’t see around here no more. Besides the pesky matter of solo autodidactstaking up perfectly good space in the Obituaries page, there are those manythings a freediver has to master which are by nature difficult or impossible todiscover on one’s own. So, the answer remains: “Take a propercourse.”

This yearthe chickens have come home to roost. I’ve had to spend time thinking about thestudents I’ve known in the freedivingcurricula I’ve taught, and about what their outcomes were.

I discern two broad categories of outcome, two clusters, if you will.

There are studentswho profit enormously and make excellent progress, and then there those whocome out about like they went in. Roughly speaking – either it works, or itdoesn’t.

Here’s wherethings get a little strange. It looks to me as though the more freediving experiencethe (untrained) incoming students have had prior to their first course, theless likely they are to land in the successful cluster.

It alsoseems to help to be female.

Considerthese fictitious students, composites of the many who share their keycharacteristics.

Bob comes toan intermediate-level course with ten or so years of freediving under his belt, andspearfishes regularly with his pals. He thinks his deepest freedive was toabout 20 meters/66 feet.

Sylvia is acertified scuba diver. Her freediving experience is limited to the snorkellingshe did before getting her C-Card and “…moving on to real diving”,as she puts it.

Four dayslater, as the course wraps, Bob has a stuffy ear, still has a personal bestdepth of 20 meters, and is not a happy camper. Sylvia, on the other hand, haspushed past 30 meters with ease and is positively glowing with enthusiasm.

What happened?Turns out it’s pretty simple.

Bob thought he’d already arranged most of the pieces ofthe freediving puzzle, and so he approached the course with a plan to pick upwhat he imagined were the handful of tricks that would catapult him to the next level.He’s a competitive fellow, our Robert is, and assumed he’d smoke his classmatesand then go home and smoke his pals. Problem is, much of what Bob thought heknew about freediving was either trivial or just plain wrong. His learningstrategy, therefore, failed him. 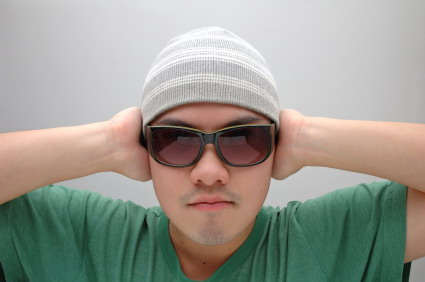 What the Instructor Says-

“…and so during our descent, as hydrostaticpressure increases, our lung volume decreases. At about 20-30 meters, for mostpeople, the lungs are compressed to their residual volume, making equalizingwith the Valsalva nearly impossible…”

Sylvia, onthe other hand, knew she knew next to nothing about freediving, and thiswas to her (very considerable) advantage. For one thing, even though she’scompetitive by nature she doesn’t approach the course as a contender. Why wouldshe? She doesn’t expect to win a game she’s never played before. Instead, shepays close attention to everything the instructor presents, asks questions andfollows directions in the pool and in the open water.

Experiencedinstructors are pretty good at identifying resistance to learning, whether it’sactive or passive. Teaching a resistant student – in spite of himself – is adodgy proposition, though, and an instructor has to weigh the benefit ( andjustice!) of concentrating his efforts on a Bob. This shift of finite didacticresources is necessarily at the expense of the other students.

Ultimatelyit is, of course, the student’s responsibility to maximize his outcomes fromthe course he’s sunk his time and money into. As students, we should help our instructorto help us. Self-scrutiny is the key here. We should be alert for signs ofresistance in ourselves, and adjust our attitudes accordingly.

Unless one’sego is terribly fragile, there’s no cost associated with coming to class as ablank slate, intellectually virginal, a total novice, as green as green can be.The knowledge you can gain in your firstfreediving course forms a complex system, and though some or many of thefactoids comprising it may be familiar to you the system they form isnot. The whole imparts new meaning to each component, meaning which is novel toyou and which may be crucial to your development.

Payattention to everything, no matter how old-hat it seems at first blush. Youdon’t know which elements of the curriculum are important and which are not – if you did, you’d be the instructor, not a student. Be like Sylvia, not likeBob. Resistance is futile. Ask questions – especially the stupid ones. I thinkthat the most impressive question I’ve ever seen a freediving student ask was thisone, in an entry -level course:

“Areyou saying that I’m to inhale, then hold the air in, and then dive under the water?”

You readthat right. Yes, that is indeed the basic procedure for this thing we callfreediving. Dumb question? Not at all – that student made a huge leap forwardon that day. It turned out that she’d always exhaled fully before diving!This student hung on the instructor’s every word, asked, without shame, thequestions that needed asking, and progressed by leaps and bounds.

You want toget the most out of that freediving course you’ve signed up for? Leave your egoat home, confess your complete ignorance, treat all the course material as criticallyimportant, and submit to your instructor’s gentle reshaping of your knowledgeand behavior.