DeeperBlue.com caught up with the team at Hammerhead Spearguns at the 2018 Blue Wild Ocean Adventure Expo in Fort Lauderdale, Florida to see what was new for their Spring 2018 lineup.

Founder Kevin Sakuda was proud to point out the blazing colors on display at their stand. Masks and snorkels in matching camo colors, bright footpockets and colorful fin blades and a veritable rainbow of weight belts complemented the famous Hammerhead Red and Black.

“Everyone wants to look good while they are diving, and bright colors compliment the divers.”

In addition to the bright colors, Sakuda pointed out the Evolution2 Spearguns. The industry leading spearguns are named the “Evolution” line because evolution is the “incremental succession of speargun perfection” and the line is constantly growing and improving. It was named the “most accurate speargun in America” by both Skindiver Magazine and Spearing Magazine.

Hammerhead products can be found online at hammerheadspearguns.com and with a number of retailers worldwide. 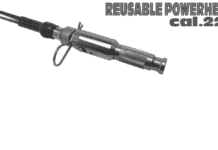 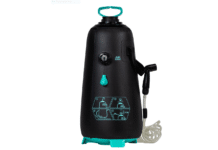 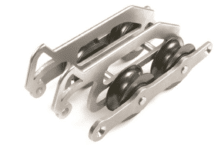