The United States Apnea Association (USAA) is pleasedto announce that Leo Muraoka, a USAA member, set a new national record in thefreediving discipline of free immersion to a depth of 76 meters on April 9,2008, during the Vertical Blue 2008 Competition taking place on Long Island,Bahamas. This performance surpasses the previous record of 75 meters set byDeron Verbeck at the 2007 AIDA Individual World Championships in Egypt.

Two AIDA International judges officiated over theperformance during the competition. Leo dived to depth and returned withoutdifficulty. He performed the surfacing protocol required by the regulation inthe required time. Both judges judged the performance as valid. He said of hisrecord dive, “I had some difficulty equalizing my ears on the way down and Ihad to slow down around 60 meters, but I was able to get my ears to be okay. Thiswas one of the hardest dives I have ever done, but I am very happy I wassuccessful.“ 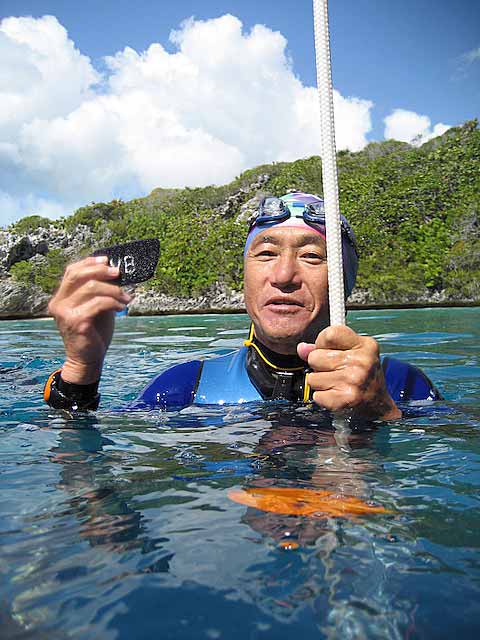 Free immersion is the freediving discipline thatrequires the athlete to pull their way to depth and back using their hands topull down and up the competition line. It is one of three recognizedself-powered disciplines in the diving to depth arena. The other two areconstant weight and constant weight without fins. Both require the athlete toswim to depth and return under their own power.

The Vertical Blue 2008 Competition is taking place atDean’s Blue Hole on the island of Long Island in the Bahamas. Organized byVertical Blue, a freediving school on the island headed by world recordfreediver William Trubridge of New Zealand. For daily updates checkout www.verticalblue.net