New Zealander Freedivers Kathryn Nevatt and David Mullins attempted to break the current World Records in the Freediving discipline of Dynamic Apnea without Fins (DNF) at the weekend.

Kathryn managed to complete a 164m swim, which beat the previous record of 160m held by Natalia Molchanova since 2009, however during her surface protocol was given a red card when the judges had ruled that Nevatt had short periodic losses of consciousness, something that had caused her to dip her head on occasions.

David attempted to break his 2010 World Record of 218m however admitted he was “pretty much out of form” after falling well short.

David Mullins tried breaking his own World Record of 218m from 2010. Similarly as Kathryn also David hold a national record with higher value than the WR – he already swam 232m without fins in 2009. This time David had to admit he is out of form, and it looks like he`ll have to give it another try at another occasion.

Further attempts are scheduled for tomorrow so stay tuned for more news. 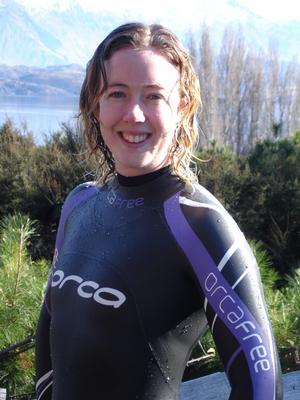