Peter – So how are things?

Tanya – Busy, busy. Media attention for this record has been crazy. British tabloids are calling in the middle of the night. I had to get up at 5am one morning to do a radio interview.

P – What made you want to do no limits again?

T – I’ve gone through most of the freediving disciplines, but for the most part, I am inspired by those who came before me, like Mandy-Rae Cruickshank and Audrey Ferreras’ AIDA no-limits records. They went so much deeper than my last mark of 113m. After doing 120m in Austria in less than ideal conditions, I knew that a personal goal of 140m was reasonable. No limits was also the best choice for my sponsors, Club Med, Red Bull, and the Turks & Caicos Tourism Board, since my free immersion and constant weight records were unchallenged. They made the record event possible. That was a big part of the reason for the record.

P – What is it like to be a sponsored freediver? Any career advice? 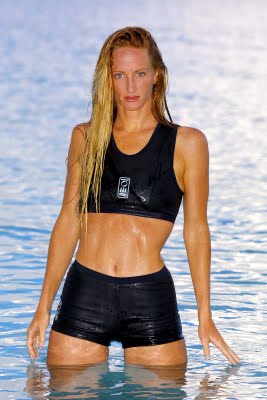 P – Where would you like to see freediving in ten years?

T – I hope we’re more unified and have less internal fighting, more progress, and a single set of rules. I believe in the AIDA system and I think the numbers speak for themselves.

P – You were on your way to do the record when you heard about Benjamin Franz’s accident, how did the news affect you?

T – I was deeply affected. My first concern was for Benjamin and his friends and family. I think about him a lot. Before Provo [Turks & Caicos], I was thinking 140m for the record and to not know what happened to Benjamin was hard. It’s important that the sport have an explanation of what happened, so that we can say to the press, okay, this is what happened. When Pipin had his serious blackout a few years ago, he hushed it up and only a few people know what really happened. It’s vital that the truth gets out about serious accidents, for the sport, and of course, for the safety of the athletes. Did Benjamin go deep and have a problem or was it a result of many dives on the same day? We don’t know.  I hope we can find out. But my main concern is for him.

P – What’s the most dangerous thing about no-limits?

T – By far it’s the danger to the safety scuba divers. If we’re talking about the athlete, I would say the narcosis.

T – It was “pretty good.” I think narcosis is a personal thing and depends on so many variables. To me it was like a 60m free immersion dive.

P – How does it affect you?

T – When I try to explain it to my team or to the public, I say that it affects your coherent thought patterns. It makes you think that you’ve done something, when you haven’t, or vice-versa. Once, I thought it was time to release my safety harness and to my surprise, I found I had already done it. Oops.

P – How do you fight the narcosis?

T – We train for as many ‘unexpected’ things to happen as possible and make them habitual. Things like lift bags not inflating, getting tangled, or visits from curious marine life—if something strange happens and your reaction isn’t already automatic, then you’re likely to have a problem. 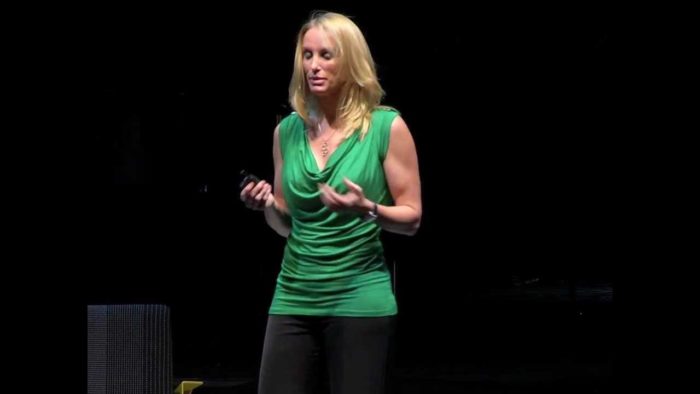 P – You said the biggest danger was to safety divers, how do you look out for them?

T – By having the best team in the world! They were fantastic. To be quite honest, I felt like such an amateur in the water with them. They’ve dedicated thousands of dollars and hours of training and have so much experience. I am very lucky to have such a team.

P – You often say that freediving has helped redefine your limits, how has it done that in other parts of your life?

T – As an adult, freediving has made me more prepared to face challenges in life. It surrounds me in all the things I do, and allows me to inspire and encourage people. Redefining your limits is so important for growth and improving your life in general. Once you start backing away from challenges, you lose something vital.

P – Is this an idea you can communicate to people who don’t freedive?

T – I make many presentations to schools, not to promote freediving, because my audience is usually eleven-year-olds, but to show them an example of how you can do things that people—even doctors and physiologists—have said are impossible. I give them my example to say that the way to grow is to try hard when faced with challenges. I can’t tell you how many times I’ve had to say to myself on a very personal level, “Shut up, Tanya, and just try.”

T – I know what you mean. Freediving is a platform in life for me. Every dive parallels life. There a million reasons to turn around. I’ve blacked out in New Zealand and Austria, but I tried, and actually, it wasn’t a failure, because I learned so much.  I always say that you have a limit, but it’s not where you think it is. On my 70m constant weight record dive, I got contractions at 40m on the way down! But I knew I could do it. I didn’t back down. Finishing a record is a great motivator, too, thinking that I won’t have to do that again for a while.

P – Have you met a woman you would consider a “young gun?”

T – There was this girl at one of my clinics—I won’t say her name because she might be embarrassed—but she was incredible. She had some snorkelling experience and managed 30m in a cold dark Texan lake and a 4 minute static on her first day. But what impressed me most was her determination, motivation and pure aquatic ability.

T – Yes, I don’t meet that many new women in freediving. About eighty-five percent of the people in my clinics are men.

P – You once said that men and women have equal potential to go deep, but that women have an instinct for self-preservation. Do you still think that?

T – I was happy to hear Mandy say the same thing in an interview. For no limits, there is no difference between men and women. It’s just a psychological barrier. And if you flood your sinuses like Mandy, Pipin and Audrey Ferreras do, it’s just a question of how big your balls are and how long your rope is. I’ll probably be proved wrong by some other factor like narcosis, but basically it’s an even playing field. It’s different for constant weight, where leg strength and lung volume are more important and men have the advantage. But for records, men have to win, it’s their instinct to be the best and beat others. It’s not to say that women will be shallower because of their “self-preservation instinct,” it’s more that we have our own goals to make for their own sake, not simply to beat somebody else. Freediving for the record alone is missing the point.

P – Are you looking forward to the AIDA World Cup in Kona, Hawaii?

T – I missed the trials because they were rescheduled right in the middle of my record, so I’ll wait and see if there’s room on the women’s team. I think athletes who go through the team trials process should be on the team. As it was, only three women tried out, so I’ll possibly join the team with its consensus. At any rate, I’ll be there for all the fun.

P – It’s nice that North America is having a major international competition.

T – AIDA USA needs more regional stuff. Our country is so big and we are so few to organize events.  It’s a real challenge.

P – Would you and Team USA attend a Canadian event?

T – For sure! It’s always good to dive in new waters. I’m afraid that we’d get our butts kicked by the Canadians, though.

P – I don’t know about that. We’d certainly have loads of fun. It’s nice to have big events here in Vancouver. Mandy and Eric’s records really helped the local freedivers set their sights higher.

P – He wants to attempt the magic 100m in constant weight sometime soon.

T – I like that. I can’t understand the idea that you should limit your depth to one metre more than the current record to assure that you have a long-lasting career of breaking records by one metre. Where is there a sport on earth that does that? If you could run 100m in eight seconds, would you run it in eight and a half?  A true athlete performs to the best of his or her ability. If Eric—or anyone else—can do 100m, then he should go out and do it. It’s good for the sport.

P – Thanks for your time, Tanya and good luck with whatever comes next.

Tanya Streeter is a multi-world record holder, is sponsored by Red Bull, Club Med, and the Turks & Caicos Tourism Board. Visit her website at www.redefineyourlimits.com

We continue our profiles of world-class freedivers, here we find out more about the Polish World Champion Mateusz "Matt" Malina
Read more
Freediving

USA Freediving has announced the athletes that will represent the USA at freediving competitions around the world in 2021 and 2022.
Read more

DEMA announced recently that a candidacy for the 2021-2023 Board of Directors cycle is now open.
Read more