We recently covered the fact that Triton, the supposed underwater breathing gill, has raised over $600,000 in crowd-funding however how viable is this device and is it science fiction?

The premise is that a compact and simple device will allow you to “breathe underwater” by “extracting oxygen under water through a filter made of fine threads with holes smaller than water molecules”.

To backup their claims they have slick graphics showing the components of the device along with a video showing someone swimming underwater with what looks like a version of the Triton in their mouth.

Despite some slick graphics and the video, their Indiegogo crowdfunding page and the product website are actually very light on details or science of how the device works.  In responding to comments on the Indiegogo website one of the Triton team says this is “due to our patents”.

So what are the issues?

There are several raised by experts and commentators about the device:

All-in-all the possibility of a device such as Triton is not beyond the realm of possibility at some point, sadly though the challenges faced by the designers just do not seem to be reasonably solved with technology available today.  The designers would have had to have developed 3 or 4 incredibly efficient and compact new technologies to make this possible.

Dr Neal Pollock from Divers Alert Network has given his opinion on the above issues to an article on Business Insider where he says:

“In concept it sounds very good and it’s very exciting, but I would not encourage anyone pulling out a wallet.”

This is because “the technological challenges involved in creating a device like Triton are so vast that it’s not realistic, it’s science fiction — more in the realm of James Bond in “Thunderball” or Jedi knights in “Star Wars: Episode I.”

We have sent requests to the team working on the device about some of the issues raised but have yet to hear a response.

In the meantime – we suggest you put your wallet away and watch this space to see what the real truth is behind this project but for now we have to say every indication is that this is a scam. 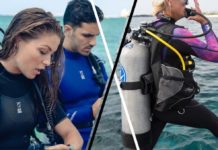 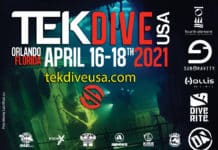