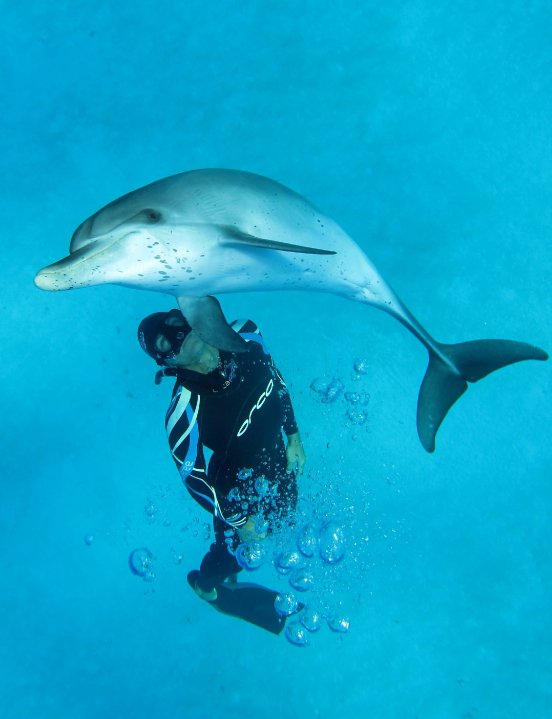 World champion Freediver William Trubridge is a New Zealander and feels a special connection with Hector’s and Maui’s dolphins, which live nowhere else.

“Hector’s Dolphins are the world’s smallest and most endangered dolphin”, he says. One of its two subspecies, the Maui’s Dolphin, has a population of less than 80.”

William has joined forces with German conservation group NABU International Foundation for Nature and the New Zealand Whale and Dolphin Trust in their campaign to stop the dolphins’ extinction as their ambassador.  To kick off his new role he has recorded a unique under water video message that you can see below or via YouTube.

“Hector’s and Maui’s dolphin numbers have been dwindling towards extinction for more than 30 years, mostly due to the deadly gill nets and trawlers that operate in their territory. Instead of defending this beautiful species, the current government has caved in to the fishing industry and further reduced their protection.”

Will urges everyone to do their bit to save this troubled species by signing a petition to the New Zealand government and by joining the Facebook group Hector’s and Maui’s Dolphin SOS.

“We don’t have long to fix this.  Saving this species is a race against time.  Commercial and recreational gill nets and trawling must be banned in the dolphins’ range for any water shallower than 100 meters.  Otherwise Maui’s and Hector’s Dolphins will be the first species of marine cetacean (dolphins & whales) to become extinct due to human causes.  We can’t afford to lose a single one”.

William also asks people not to buy fish caught using nets that harm the species, and to think twice about visiting New Zealand until the government acts to protect them.