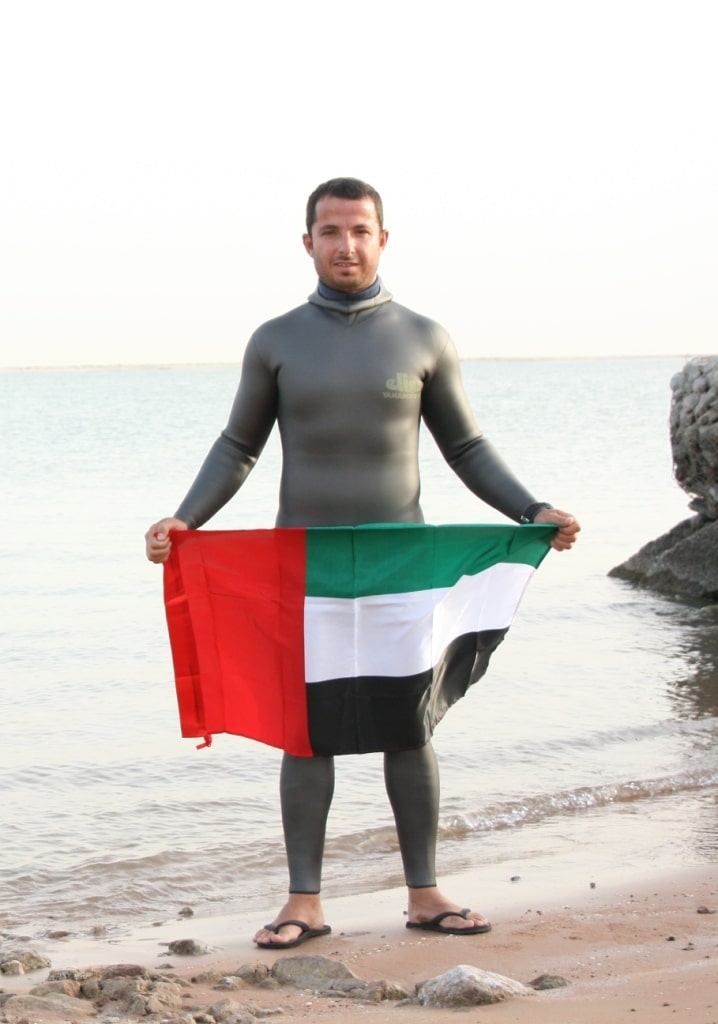 Emirati freediver Ahmed Khoori, born on the 18th February 1979 has gone against all odds to break out as the new freediving champion of the United Arab Emirates.

Khoori, originally from Abu Dhabi, and working as an instrumentation and control engineer for an oil company, took up formal freediving lessons in 2010 with Alex Boulting at FreedivingUAE.  As an avid spearfisherman and passionate about freediving, he seemed the perfect candidate to be encouraged to extend his skills and go for the national records which were just within his reach. After just a few weeks of intensive training he confidently announced a 45m CWT (Constant Weight dive) and a 46m FIM (Free Immersion dive) during a competition organised by Freedive Dahab on the 4th of June 2012.  He finished the competition by breaking the national records held by former national record holder Adel Abu Haliqa.  His records are in three freediving disciplines: Free Immersion (46 metres), Static Apnea (4 minutes 2 seconds) and Constant Weight (45 metres).

Khoori said: Just before the dive started and as soon as the judges started counting down for official top, my heart started racing but I managed to calm down and lower my heart rate a bit. During the free fall stage of both dives I lost my mouth fill at around 37 meters and fortunately I managed to reserve pack to get just a little bit of air back into my mouth which help me equalize for around 4 meters only, and I finished the last few meters without being able to equalize but I did what I was there for which is getting the tag.”

Khoori does not practice any another sport at the moment aside from freediving and is training for the AIDA World Championships in September 2012 under the auspices of legendary freediver Claude Chapuis from France.