It’s all coming down to the wire at Suunto Vertical Blue 2014 between Alexey Molchanov and William Trubridge. The apnea titans are neck and neck with no certain outcome in sight, (other than the fact that they are the two leaders out in front of the rest of the freediving pack.) For anyone who is uninitiated, Vertical Blue employs a point system that is referred to as “normalized” in the world of math – what this means is that the deepest person in each discipline gets 100 points outright, and then all the other competitors get a fraction of that person’s depth. So everybody’s score is relative to the deepest diver — additionally the Vertical Blue scoring system attempts to brings parity to the inequality of traditional/absolute scoring at other comps, so that the reward of doing a big constant-no fins dive (CNF) is in balance with how hard it actually is to complete and weighted  accordingly against the other disciplines. So what does this all mean? It means we will have no idea of each athlete’s strategy until we see their announcements but for the sake of Las Vegas and any friendly wagers occurring right here on Long Island we’ve decide to break-down by the numbers what it will take to win #VB2014.

Currently Alexey has 100 points  in CWT thanks to his 123m dive, and William has not offered a performance. In CNF for the time being William has 100 points with his 94m dive, and Alexey, while successful in battling back from the hypoxic abyss on his third CNF attempt, really needs to land what has been elusive in this discipline for him so far — a white card. As for free immersion, that category is neatly all packaged-up with 100 points going to William for his near world record 120m dive from today, and 95 points going to Alexey for his 114m showing. 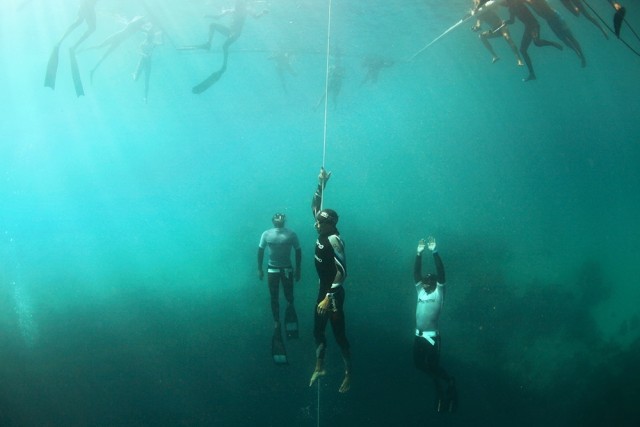 So where does that leave us? It leaves us all in suspense but the comparative lists below offer a projection of what depths William will need to attain in order to win — driven by the first column of what Alexey might offer.

Regardless of the outcome it will be a nail-biter for the men while the field is still open among the ladies, although Masha Krupnitskaya, Kate Middleton, Estrella Navarro Holm and Sayuri Kinoshita continue to deliver strong performances. Stay tuned as tomorrow is the final day of the competition and all will be revealed. 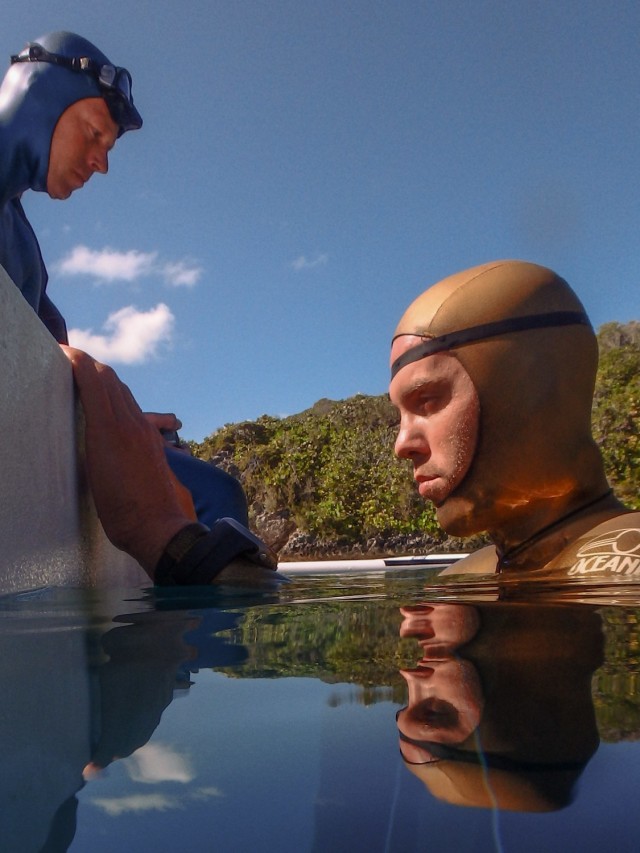 With the holiday season approaching fast, DeeperBlue has some suggestions for the conservation-concerned diver on your gift list.
Read more