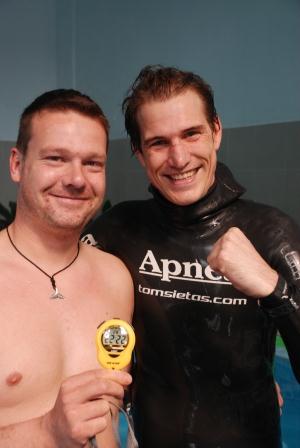 German Freediver Tom Sietas has set a new Guinness World Record of Static Apnea on pure O2 with an amazing performance of 22’22”.  This record was witnessed by Ricardo Bahia,  and Marcus Werneck on May 30th in Changsha (China).

His performance was filmed by Chinese TV.  Sietas and Bahia are travelling in China for a competition promoted by a Chinese TV that which will be filmed on Sunday 3rd of June.
DeeperBlue.com expect details on the footage shortly. 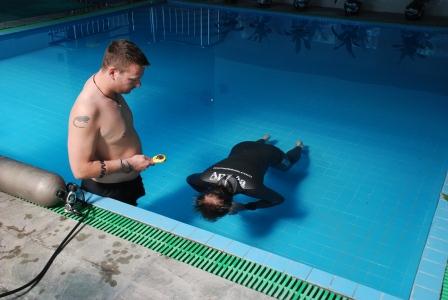