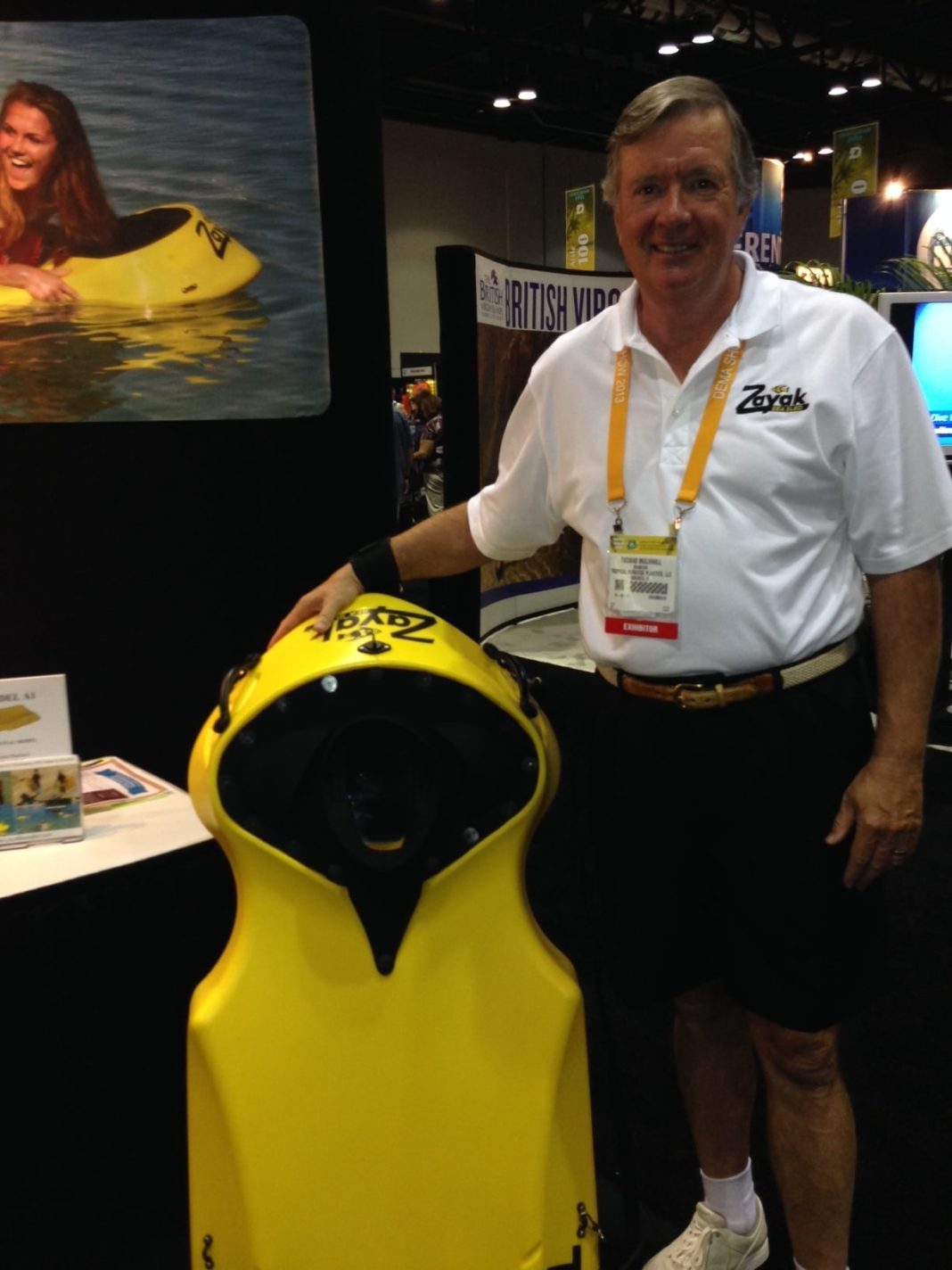 Have young kids or know anyone who feels uncomfortable with their heads in the water while snorkeling?

The Zayak Sea Sled, a new product introduced this week at DEMA Show 2013, provides users with a personal “glass bottom boat” with all the benefits of snorkeling while floating on a high visibility platform easily seen by boaters and personal watercraft operators. No need to float semi-submerged while breathing through a snorkel. The Zayak Sea Sled allows the user to remain above water while they view the marine life or search for reefs seashells or treasure.

Thomas Mulvihill says he designed the Zayak because his grandchildren were visiting him and his wife in Sarasota, Florida but were too young for snorkeling.

“I wanted to take them snorkeling but at that point they were five and seven years old,” he told DeeperBlue.com. “So I started sketching, and designed it, looked around on the Internet, there was nothing available like it, so my wife and i decided it might be a business. So i hand-sculpted a prototype out of foam, painted it, put the neoprene on it, took it down to Siesta Key and had 50-60 people who wanted to try it. People were saying, ‘Where can I buy it? Where can I rent it?’ So we decided to go ahead, and we made two molds and got them ready for production.”

Production began on May 1, Mulvihill said, adding that he was looking for dealers and distributors. “Our pricing for the show includes shipping within the 48 states.”

The standard resort rental model runs at $295, with an upgraded XL model priced at $325. The XL model has a cargo net inside to put an underwater camera or sunscreen or water bottle, plus five attachment points all around, including one on the bottom, which is great for tying a three-meter line with a piece of bait at the end, he said.

“I think it expands the market. Everybody in the industry is targeting 3 percent of the market. I think this could increase it to 5 or 6 percent, because there’s a lot of people who could do that but never rent snorkel equipment.” 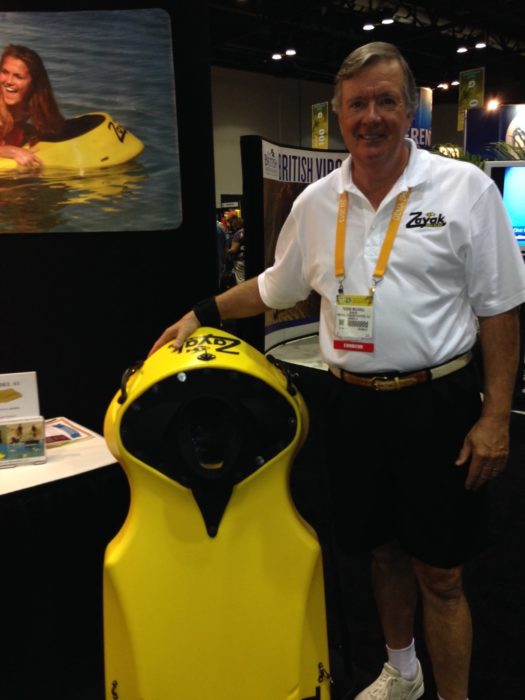