The 2016 Underwater Society of America National Spearfishing Championship took place on June 23rd at Beaver Lake, Arkansas, and DeeperBlue.com now has the results of that competition.

Twenty teams — made up of men, women and/or kids — went after 13 different fish species and vied for points.

This year’s championship saw a fair number of fish speared amid hot weather conditions. Temperatures rose as high as 95 degrees Fahrenheit (35 Celsius) and there was a heat advisory in effect all day. The water was warm as well with a surface temp of 85 F (29.4 C). The thermocline was at 20 feet (6.1 meters) and there the temperature only dropped to 75F/24C.

Visibility was also a challenge, according to Byron McMurphy, chairman of the 2016 USOA National Championship. Most of the area only had 5-7 feet/1.5-2.1 meters. Overall, the numbers of fish shot was low: Only 2200lbs/998kg were shot that day.

“One competitor that stood out to me was Wesley Stewart. He not only scored the most points overall, he also broke his own IUSA world record for freshwater drum. He had a good day. Also, Gary Maugh finished 3rd overall in individual and shot the most fish at 23. He also happens to be over the age of 70. Most of the USOA’s events are in saltwater so when the event is held in freshwater it’s always different!”

Below are the Individual Results: 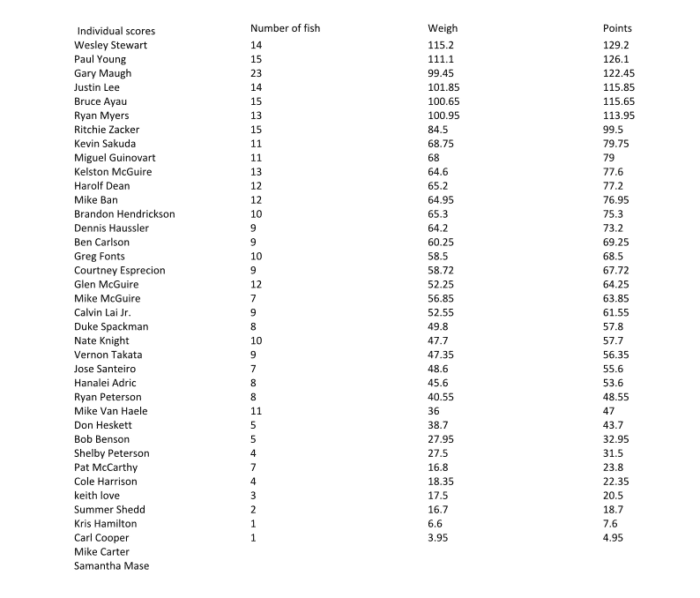 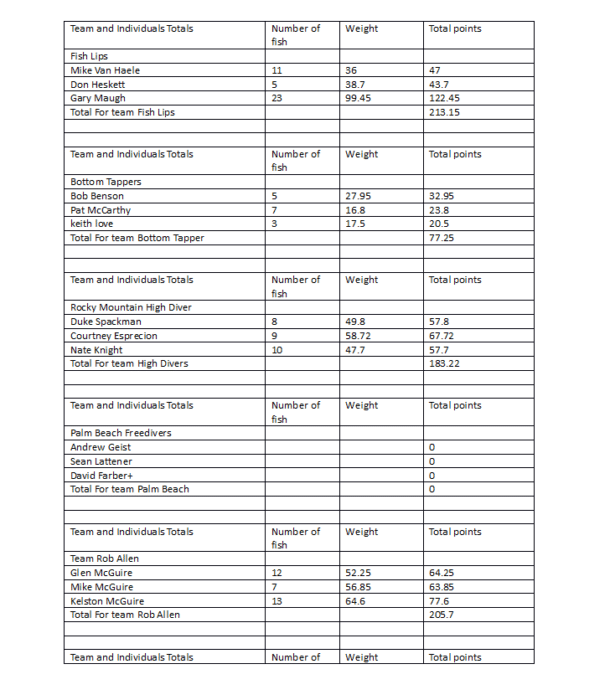 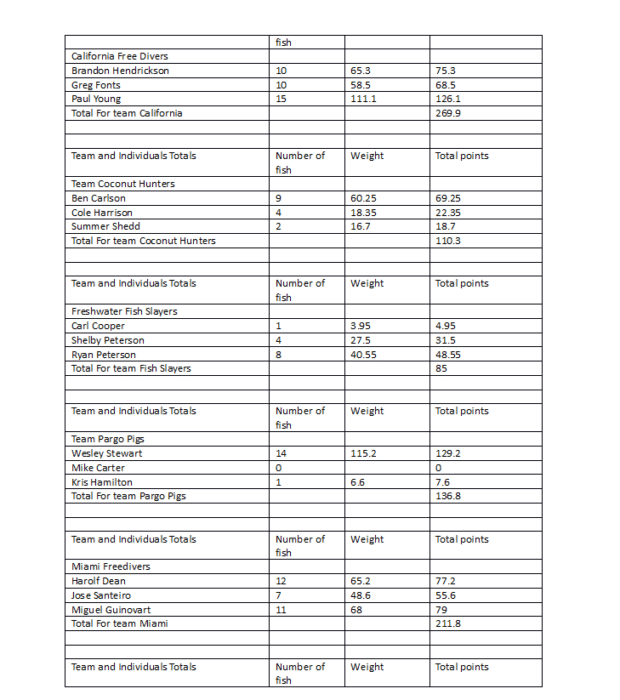 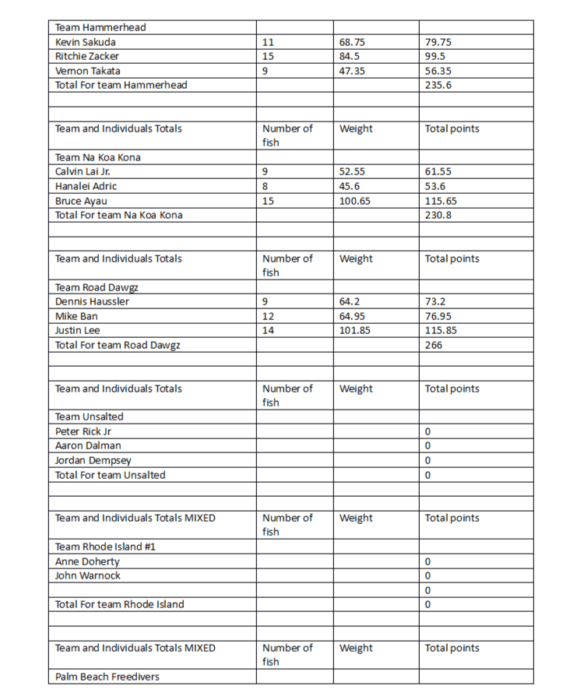 Stay tuned for reports from the individual teams (as well as the results from an international competition that took place that same weekend) in the coming days on DeeperBlue.com.

An Australian diver was killed in a shark attack over the weekend, according to local news reports.
Read more